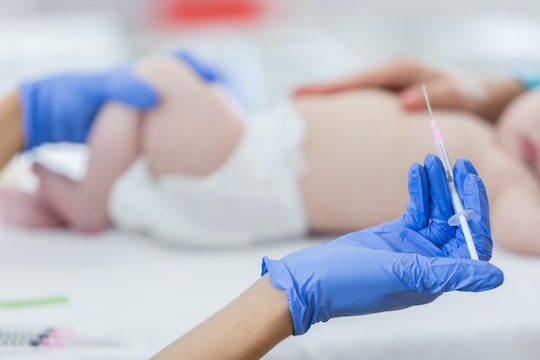 The U.S. Centers for Disease Control and Prevention (CDC) has warned that measles, a highly contagious and potentially deadly illness that spreads through respiratory droplets, could once again become a global threat after millions of children failed to get their measles vaccine during the pandemic. According to the CDC, 22.3 million infants around the world missed out on their first dose of the measles vaccine in 2020, leaving them susceptible to measles and increasing the potential for an outbreak.

Since 2000, measles vaccination has prevented an estimated 31.7 million deaths around the world, according to the CDC. But recent waning vaccination rates could weaken global efforts to eradicate the disease. “Increased population susceptibility and suboptimal measles surveillance portend an immediate elevated risk for measles transmission and outbreaks, threatening the already fragile progress toward regional elimination goals,” the CDC wrote in a recent progress report regarding efforts to eliminate measles worldwide.

Despite more countries offering measles immunization in 2020 compared to 2000, the number of children who went unvaccinated still climbed, likely due to the global coronavirus pandemic’s impact on health-care-seeking behavior. According to the CDC, the number of infants reported to have missed their measles vaccine in 2020 was 3 million more than the number reported in 2019. That’s the largest increase seen in nearly two decades, according to USA Today.

Despite a drop in immunization rates, the CDC said the number of annual measles incidences dropped 82% in 2020. But that’s not to say no cases of measles were reported. Overall, 26 large and disruptive outbreaks of the disease were reported across five World Health Organization (WHO) regions during the year. Additionally, the CDC has cautioned that measles surveillance, or the act of actively searching for additional measles cases once a case is confirmed, worsened in 2020, meaning many cases of measles could have gone undetected and unreported. According to the CDC, 2020 saw the WHO’s Global Measles and Rubella Laboratory Network received the lowest number of specimens for measles testing in 10 years.

“While reported measles cases dropped in 2020, evidence suggests we are likely seeing the calm before the storm as the risk of outbreaks continues to grow around the world,” Dr. Kate O’Brien, director of the WHO Department of Immunization, Vaccines, and Biologicals, said in a statement. “Routine immunization must be protected and strengthened; otherwise, we risk trading one deadly disease for another.”

More Like This
Covid Vaccine “Deserts” For Kids Under 5 Make It Almost Impossible For Parents To Find Shots
Does The FDA's Plan To Limit Lead In Baby Food Go Far Enough?
A Parent’s Guide To Stomach Pain In Kids
Doctors Swallowed LEGOS To Prove Everything Is Awesome For Kids Who Do The Same
What Parents Are Talking About — Delivered Straight To Your Inbox