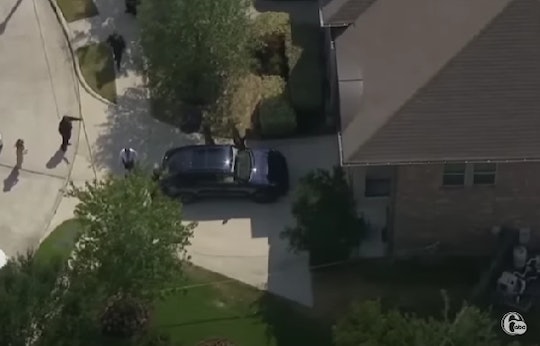 The mother called 911 after finding the boy unresponsive and buckled in his seat.

In Houston, Texas, an unimaginable tragedy happened on Monday when a 5-year-old boy died in a hot car as his family prepared for a birthday party. The young boy was found unresponsive by his mother hours after the rest of the family had exited the car, still buckled into his seat.

Harris County Sheriff Ed Gonzalez told CBS News that the mother had taken the 5-year-old and his 8-year-old sister shopping to buy birthday party supplies for the little girl and returned home to prepare for the party. It was a hot day, with temperatures soaring up to 100 degrees in the sun. Gonzales reported that the mother assumed both children had gotten out of the car and was “excited, trying to get things together,” not realizing her son was still in the car.

The boy was found buckled into his seat belt several hours later by his mother, who called 911. She explained to Gonzalez that the 5-year-old could normally unbuckle his own seat belt, but the family was using a rental car that might have been different for him. He was pronounced dead at the scene.

The temperature inside a hot car can reach over 170 degrees, especially on a day with 100 degree weather. Parents are often warned of the dangers of leaving a child in a hot car, with safety gadgets aimed to avoid “forgotten baby syndrome” to alert parents and caregivers if they happen to exit the car without their little one. One device called an eClip can be attached to the child’s seat and alerts a parent or caregiver via Bluetooth if they are more than 25 feet from the car while their child is still inside. With record-high temperatures hitting cities across the country this summer, it’s more important than ever to stay vigilant.

Unfortunately, this 5-year-old boy was the fifth child to die as a result of being left in a hot car this year. Kids and Car Safety notes that a child’s body temperature rises at a rate of three to five times faster than an adult’s and that 80% of the increase in heat happens in the first 10 minutes in the car.

The national nonprofit child safety organization also notes that the vast majority of these hot car deaths are accidental. “Unfortunately, this is yet another example of why it is extremely important to have effective occupant detection technology as standard equipment in all vehicles as quickly as possible,” Janette Fennell, the founder and president of Kids and Car Safety, told KTRK. “Every day that we delay in advancing these cost-effective detection technologies means children are needlessly at risk of dying. An occupant detection and alert system could have gotten assistance to this sweet angel before it was too late.”

More Like This
The FDA Is Warning Parents To Not Use Baby Neck Floats After One Infant Died
Can You Light Fireworks In Your Backyard?
10 Important Pool Safety Tips For Parents
New Infant Safe Sleep Guidelines From The AAP Discourage Bed-Sharing