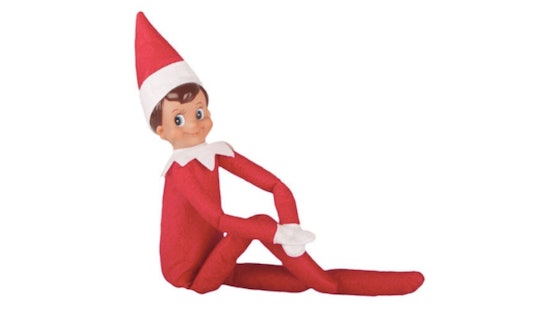 12 Easy Elf On The Shelf Ideas For Toddlers, Because You Gotta Keep It Safe

The simpler, the better.

When it comes to Elf on the Shelf, there are plenty of ideas to take advantage of for any age group. But when it comes to toddlers, things can get a bit tricky. While you may want to get intricate and go overboard, this is the age where your little one will appreciate the simple stuff just as much as the big stuff. You can actually take advantage of this stage when they're not as hard to impress with these easy Elf on the Shelf ideas for toddlers. It's also pretty tempting for a toddler to move or touch the elf (even though they're not supposed to or he'll lose his magic), so these ideas will also help keep your elf safe from tiny hands.

Whether you put out your Elf on the Shelf right before you head to bed or are prone to rush around in the morning to move them to their new spot, they key is to keep it easy and fun. Your toddler will be just as awestruck by a quick, stress-free idea that didn't take an hour to put together. As a matter of fact, just the idea that their elf moved in the night is probably half of the fun for them. So as you contemplate how to get through the Christmas season with your elf and a handsy toddler, check out some of these simple ideas.

More Like This
20 Ways To End Your Elf On The Shelf For Good
Real Parents Share What Time They Let Their Kids Rip Into Gifts On Christmas Morning
If Your Kids Love Their Elf, You Don't *Have* To Put Him Away On Christmas
20 Of The Best Christmas Movies For Kids