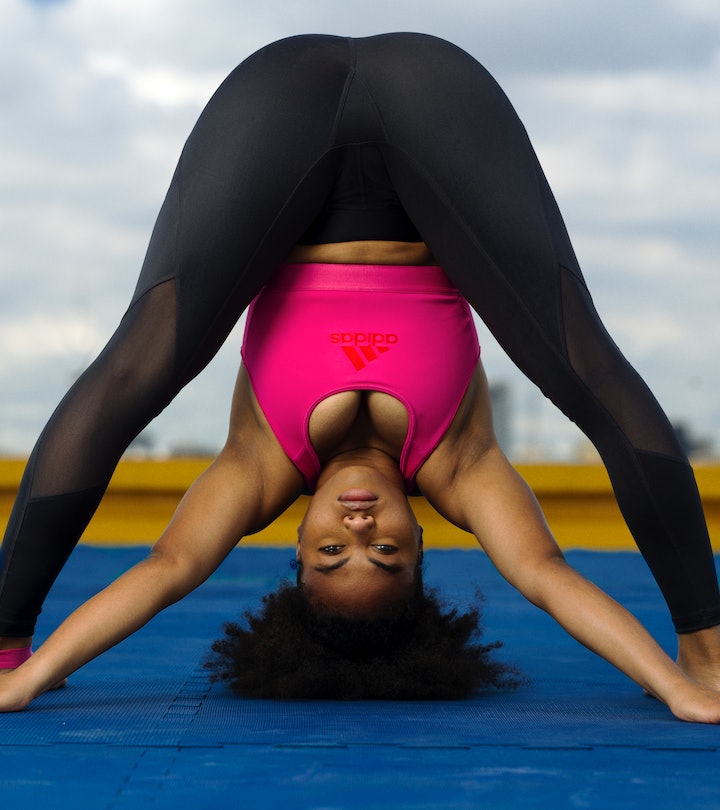 The period garment category has caught the attention of the sportswear powerhouse.

Studies indicate that a lot of girls drop out of sports once they hit puberty. In fact, 70% of girls ages 12 to 18 in the United Kingdom reported feeling uncomfortable playing sports while on their periods, according to a Huffpost study. But sportswear brand Adidas thinks it might have a solution. The brand is looking to help upend this statistic with its new Techfit Period-Proof Tights designed to give menstruating people peace of mind while in the game. Launched on June 14, the three-layer built in brief leggings are intended to protect wearers from embarrassing leaks while giving them the freedom of movement necessary to perform.

The big factor that led Adidas to design the Techfit Period-Proof Tights was to combat a lack of confidence in participating in sports for menstruating individuals of all ages — some 900 million people worldwide — who drop out for fear of a period accident. These leggings and shorts are meant to provide a boost of confidence for sports participants who can play knowing there’s little risk of seepage.

Analyzing data from over 14,000 athletes, Adidas reports that it found that “even those at the top of their field didn’t learn about–or talk about–periods in sport at school or with their coaches.” In the U.S. their studies found a whopping 65.3% of athletes had not received education on the topic, nor had 75.8% ever discussed the menstrual cycle with their coach. In addition to providing a product that worked, Kim Bürger, Adidas senior product manager, says Adidas also hopes to lead the normalization of discussing menstruation and sports with its Techfit Period-Proof Tights.

The technology behind the Techfit Period-Proof Pant

Calling it their Flow Shield Technology, Bürger explains that the multi-layered protection system is made up of wicking, absorbing, and leak-proof layers which “guards against leakage when worn with a pad or period.” The idea isn’t to use the pants as a full menstruation absorption method, like some period panties. Instead, they act as an added means of keeping an athlete leak-free when used in concert with a pad, tampon, or menstrual cup.

The panties are built into sleek pants and shorts which are constructed from recycled poly and nylon materials and come in shorts or pants in sizes XXS to XXL with additional size releases expected later this year. Which means the sizing is even inclusive of those who are getting their period for the first time.

To ensure the product worked, Adidas instituted a rigorous R&D process enlisting menstruating athletes to test drive the pants. What the company discovered is that not only do they work, “they’re squat-proof,” says Bürger.

Adidas Techfit Period-Proof Tights are available worldwide for $65 (pants) and $45 (shorts) beginning June 15 at adidas.com/us/stay_in_play, on the brand’s app, or at participating retailer outlets.

Available only in black at present, Bürger says additional colors, styles, a maternity line, and swimwear options will be available in the near future.