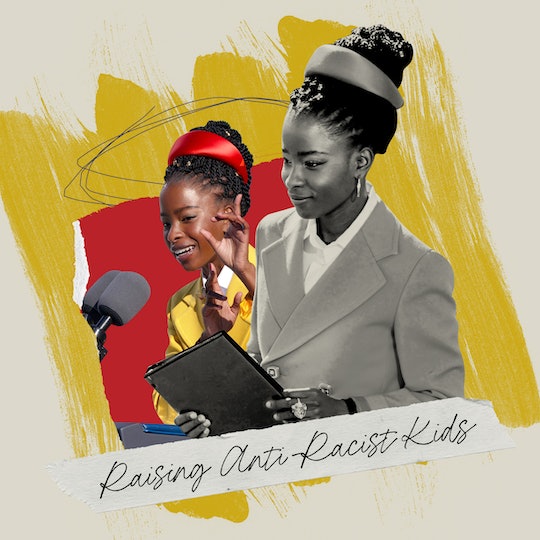 Amanda Gorman: A Message For Black Kids, A Call To Action For Everyone Else

For every little Black kid who doesn’t see themselves reflected in the media, who is surrounded by books featuring kids who don’t look like them, Gorman’s presence was for you.

Wednesday, a young Black woman delivered what was arguably the most profound speech of Joe Biden’s presidential inauguration. When Amanda Gorman stood on that stage in front of the world and recited her poem, "The Hill We Climb," with grace, eloquence, and power, the moment seared into my mind; Gorman will go down in history for many reasons. At 22, she is the youngest inaugural poet. She is one of just a few Black inaugural poets. And she may have broken some record for gaining over 1 million Instagram followers in just a few hours. But what’s profound is her impact on Black kids all over the world, repudiating a notion that this country tries to put forth about those children. She stood tall in her Black excellence, resilience, and power, sending a clear message to every young Black person: You Belong Here.

But even as this message rang out, it’s equally important for Black children to know that they are enough as they are. Even if all they are managing to do is exist in a racist country hellbent on rewriting their destiny and criminalizing their Blackness, they are enough.

As has been reported, Gorman has speech and auditory processing issues, making her accomplishment in spoken word — and her performance on Wednesday — even more remarkable. Nearly one in ten Black kids have a voice, speech, language, or swallowing disorder. With her performance, Gorman sent a strong message, not about overcoming obstacles, but about retooling them so that they don’t define you. She showed that you can proudly face the thing that threatens to bring you down and turn it on its head by embracing it and finding strength through it. It’s a shining example for Black kids who face challenges in every area of life.

Living while Black in this country is an accomplishment.

Gorman is a beautiful example of Black excellence but so is every Black child, no matter what they do or what they accomplish. Simply by being, they are worthy of joy and love and respect. Living while Black in this country is an accomplishment. Refusing to internalize society’s forced ideologies about whiteness and instead insisting on holding on to joy and love and peace is an accomplishment. Waking up and facing this world every day is enough. Black kids need to know that who they are is enough — and it’s up to every one of us to fight daily to make this a reality for all of them.

Part of "The Hill We Climb," which Gorman finished on the night of January 6, reads:

We've seen a force that would shatter our nation rather than share it,

Would destroy our country if it meant delaying democracy.

And this effort very nearly succeeded.

But while democracy can be periodically delayed,

It can never be permanently defeated.

In this truth, in this faith, we trust.

For while we have our eyes on the future,

history has its eyes on us.

Gorman’s words tell the truth but the reality is that the truth doesn’t always unite. The truth can cause discomfort. The truth can lay bare our vulnerabilities and force us to face the worst parts of ourselves. Two weeks ago, white supremacists, encouraged by the then-President and others in power, staged an attempted coup on our Capitol, but we the people survived. On Wednesday, Gorman’s message was for everyone. Her words spoke of hope, about us rising above ourselves and finding the best parts of who we are and about keeping our faces towards the sun even as we keep our feet firmly grounded in rooting out racism and all other ills in this country. She is a truth teller and the truth is what this country needs.

Gorman’s presence signaled an immediate change in the tone for this country. We know that we would not have seen her on the inaugural stage four years ago. Her poem signaled instantly that things are about to change and, even as folks like me are cautious, it’s a welcome moment of relief. But, for everyone who shared an image of her or quoted her on social media, let her words be a call to action for you. Do your part to create a world that is safer for Black children to be able to reach the heights they deserve.

May we not just spend the next few days adoring her. Let us seek to not make her an anomaly.

Black kids need to know that they belong among the highest dignitaries, on the largest stages, going to the best schools, earning the highest salaries, and with the loudest microphones. Black kids need to know they belong side by side with excellence because they are Black excellence. This isn’t the message many Black children receive from their school, from their community, from law enforcement, or from society. Instead the message is that their Black skin deserves to be criminalized, their excellence questioned, their joy diminished to make others comfortable. As our inaugural poet, Gorman is smashing all those perceptions, proud in her Black skin and her voice, speaking truth to power, and captivating the world.

Amanda Gorman’s poem at the inauguration did so much more than catapult her voice and her words to a national platform. For every little Black kid who doesn’t see themselves reflected in the media, who is surrounded by books featuring kids who don’t look like them, Gorman’s presence was for you. May we not just spend the next few days adoring her. Let us seek to not make her an anomaly. Let us strive to do all we can to force space for Black kids, to throw open doors for them, to figure out how we can actively dismantle systems meant to marginalize them so that they, too, can reach the heights of their imagination and beyond.

Use this lesson plan to study Amanda Gorman’s inaugural poem with your kids.

This article was originally published on Jan. 21, 2021