Tabitha St. Bernard-Jacobs is a Trinidadian-American activist, organizer, artist and mom of two. She is a leading voice on parenting anti-racist children and writes often about raising multiracial children in today's America. She has been published by Fashionista, CafeMom, and elsewhere, and consulted on the book, Little Activists, with Penguin.

Tabitha currently serves as the Deputy Executive Director of Program at Women's March, and helped spearhead the inaugural march on Washington. She is also the co-founder of Youth Empower, the youth arm of Women's March. She co-led the one-day strike, A Day Without A Woman. Tabitha is the co-founder of Tabii Just and LIVARI, platforms that celebrate ethical fashion, art, and activism. She has held talks about the intersection of art and activism at several educational institutions including the Fashion Institute of Technology, St. Francis College, Gettysburg College, George Washington University and DePauw University.

Tabitha has also been a panelist about the topic of sustainable fashion and/or activism and parenting at Yale University, the Sustainable Textile Summit, NY & NJ Minority Supplier Development Council Sustainability Summit, the Women's Convention, Go Green Convention and more. Together with 24 other Women's March organizers, Tabitha was recognized as one of Glamour Magazine’s 2017 Women of the Year. She was also recognized as one of 200 Women Who Will Change The Way You See The World, a book and exhibit project. She lives in Brooklyn with her two children, partner and no pets. 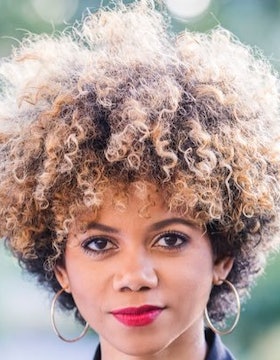 “This is basic, fundamental, good parenting.”

A chat with the visionaries behind the hit Netflix series ‘Karma’s World.’

Abortion is a family issue.

Advice For Rihanna On Having A Baby In This Country, From One Black Mom To Another

“This Women’s History Month, I’m writing you this letter to share my dreams for you.”

Sonia Sotomayor’s Message To Our Children

“What we hope for is that you'll find better answers than we have.”

Is a coin the real way to honor Maya Angelou?

Ideas for families who are intentional about the books, puzzles, and toys they gift their children.

Are You Paying Attention To The Book Banning Attempts — & Successes — Across Our Country?

From York County, PA., to Katy, Texas, the fight to censor books is raging.

If Kyle Rittenhouse Was A Black Kid

Being anti-racist is not a destination — make it part of your family's journey.

We have our work cut out for us.

“Elmo wants to know why Wes’ skin is brown.”

What Simone Biles’ Powerful Move Can Teach Our Kids

What Biles has shown our Black kids is a sense of humanity and self preservation that this world does not afford us.

How To Explain White Privilege To Very Little Kids

'Our Skin' delves into the basics of identity and race, speaking with clarity and ease to our little ones.

“The hope is that the book will set the tone for what should be normal.”

How to Talk to Your Kids About Police Killings

This past few weeks has been wrought with the type of pain that sits heavy in my body, existing and spanning into all areas of my life.

Critics are missing the point.

Cleo Wade Wants Us To Ask Questions, Even When There Are No Answers

"Sometimes we go the wrong way on our way to the right way."

A conversation with Joanna Ho about her best-selling children’s book and what parents can do to make a change.