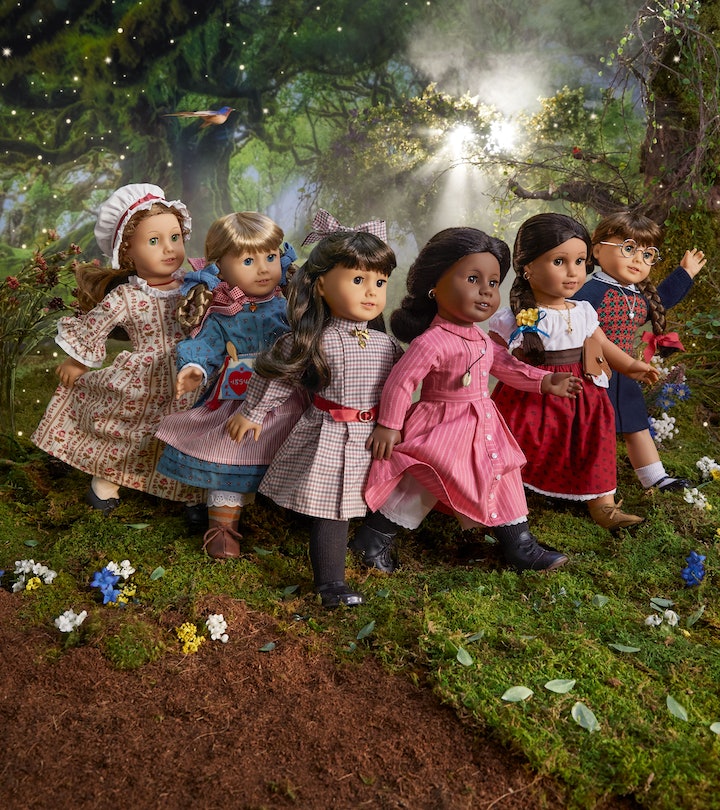 The Original American Girl Dolls Are Back For Their 35th Anniversary

And they look just like they did when they debuted in 1986.

If the foundation of childhood is built on play and imagination, then I really think like 75% of my own self is made up of American Girl. There was nothing I wanted more as a kid than an American Girl doll. (I finally got the Samantha doll for Christmas when I was 11.) All of my friends had them, we all subscribed to the magazines, we all read The Care & Keeping of You as tiny 9-year-olds — the brand is a solid part of my life. But those dolls. Their stories! It went so much deeper than having a toy to play with — it was stepping into another part of America. Into a world you would never recognize, and realizing that being a 10-year-old girl was... well. A big deal. That so many of my 10-year-old ideas transgressed over time, and that there were so many things other 10-year-olds had to worry about that I never would.

The American Girl brand has expanded a lot since I was a kid, but in honor of its 35th anniversary — 35 years! — the brand is re-releasing its first six original American Girl dolls: 1774’s Felicity Merriman, 1824’s Josefina Montoya, 1854’s Kirsten Larson, 1864’s Addy Walker, 1904’s Samantha Parkington, and 1944’s Molly McIntire. (Did your heart just skip a beat? Mine, too.)

While you currently can still order a Samantha, Addy, and Josefina doll from American Girl, these new releases will be the 35th anniversary editions, which means if you’re as old as I am, they look exactly like the dolls you remember. All six of the dolls will come as they were originally created — the signature 18-inch doll dressed in her original outfit and authentic accessories, and the first paperback book in the character’s series with the vintage cover from the original 1986 launch. Each one is also packaged in a retro-inspired American Girl doll box. Swoon.

The last time each of these characters was available in their original outfits was 2008 for Samantha, 2009 for Kirsten, 2010 for Felicity, 2013 for Molly, and 2014 for Josefina and Addy. These special edition dolls will be available as long as supplies last, but if you missed out on one of your favorites as a kid or you want to surprise your kids with a Kirsten doll just like mom had, act fast. Chances are these will sell out quickly.

I can’t express how much American Girl meant to me as a kid. I distinctly remember knowing a random fact about when the first car was invented because of the Samantha Parkington books I read, and it was the first time I realized how much power I had from reading. So along with the doll relaunches, American Girl is also releasing Everything I Need to Know I Learned From American Girl, a book featuring wisdom and stories from the original six American Girls. I mean, the girls went through it all and became fierce, empathetic advocates for those around them. Who else can give you better advice? There will also be classic full-color illustrations from the original series, so it’s as much a gift for you as it is anybody.

35 years feels like an enormously large time. Large enough that there is now a historical American Girl doll set in 1986, the year American Girl first launched. It’s totally meta, but knowing I can grab the original dolls for my own girls is like gifting them a chunk of my childhood. Just the best.