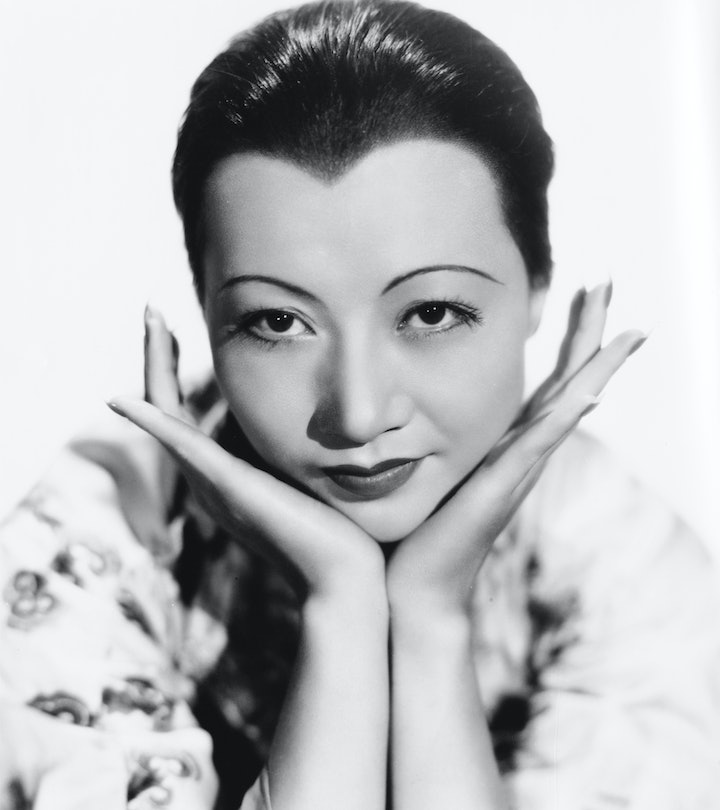 10 Interesting Facts About Anna May Wong, The First Asian American On U.S. Currency

Introduce your kids to the Chinese American film star who is set to make even more U.S. history.

The latest iconic face on U.S. currency pays homage to a hidden figure in old Hollywood. Known as the first Chinese American film star in Hollywood, Anna May Wong will become the first Asian American to appear on a U.S. quarter.

“Many prominent actors from the 1920s and 1930s saw their name framed by lightbulbs on movie theater marquees, so I thought it made sense to feature Anna May Wong in this way,” Emily Damstra, who designed the coin for the United States Mint, said in a press release. “Along with the hard work, determination, and skill Anna May Wong brought to the profession of acting, I think it was her face and expressive gestures that really captivated movie audiences, so I included these elements next to her name.”

Wong left an impressive legacy. By the time she passed away in 1961 at the age of 56 from a heart attack, Wong had become an international star with roles in more than 60 films. She was never married and had no children but her life and accomplishments continue to inspire generations of Chinese American actors. Indeed, her work and talent earned her a star on the Hollywood Walk of Fame in 1960. What else should you know about Wong? Here are a few more interesting facts you can share with your kids before the new coins roll out next year.

#1. Her parents gave her an English name.

Wong was born Wong Liu Tsong (which means Frosted Yellow Willows) on Jan. 3, 1905, in Los Angeles. But her parents also gave her the English name, Anna, according to the National Women’s History Museum.

#2. She attended a Chinese mission school to avoid bullying from other kids.

Wong grew up and attended public school in a diverse neighborhood in Los Angeles, where her parents owned a laundromat and she and her old sister were unfortunately bullied because of their race. She and her sister were eventually moved to a Chinese mission school in Chinatown, the museum explains.

#3. She skipped school to go to the movies and starred in her first movie at the age of 14.

When Wong was 9 years old she caught the acting bug and came up with her stage name, Anna May Wong. She reportedly skipped school and used her lunch money to go to the movies. When she was 14, she played a small role in the 1919 film, The Red Lantern.

#4. She had an interesting nickname.

Skipping school to go to the movies and hang out on movie sets earned her the nickname, Curious Chinese Child. “I would play hooky from school to watch the crews at work, though I knew I would get a whipping from my teacher, and later from my father, for it,” Wong was quoted as saying in the book Perpetually Cool: The Many Lives of Anna May Wong. “I would worm my way through the crowd and get as close to the cameras as I dared. I’d stare and stare at these glamorous individuals, directors, cameramen, assistants, and actors in greasepaint, who had come down into our section of town to make movies.”

Wong ultimately dropped out of Los Angeles High School to become a full-time actress, according to the National Women’s History Museum. And when she was 17, she starred in her first leading role, 1922’s The Toll of the Sea, one of the first movies made in color. Two years later, she starred in Douglas Fairbanks' The Thief of Bagdad.

#6. She sought to portray Chinese Americans in a positive light.

Over time, the National Women’s History Museum explains, the young actress became frustrated by the stereotypical supporting roles she played in Hollywood and decided to leave for Europe in the late 1920s to star in notable plays and films, such as 1929’s Piccadilly. “Why is it that the screen Chinese is nearly always the villain of the piece, and so cruel a villain — murderous, treacherous, a snake in the grass,” she told the Los Angeles Times in a 1933 interview. “We are not like that.”

Other notable films Wong starred in include Daughter of the Dragon (1931), Daughter of Shanghai (1937). But her most famous and well-known role was in Josef von Sternberg's Shanghai Express (1932), alongside her friend Marlene Dietrich.

#7. She lost a Chinese-made role to a white actress.

When MGM Studios decided to make a film a film adaptation of Pearl S. Buck’s book The Good Earth, about the hardship of Chinese farmers, Wong wanted to play the lead role of O-Lan, the wife of a Chinese farmer. The role, however, was given to German actress Luise Rainier, who wore yellowface for the film and won her second Oscar for the role. Wong, instead, had been offered the minor role of Lotus.

“You’re asking me — with Chinese blood — to do the only unsympathetic role in the picture,” Wong recalled of what she told the director, as reported by Esquire, “featuring an all-American cast portraying Chinese characters.” She did not take the part.

In 1924, she created her own production company, Anna May Wong Productions, to make films about her culture but it was short-lived and the company closed after her business partner was caught using unethical business practices, according to the National Women’s History Museum.

#8. She became a fashion icon.

During the silent movie era, Wong was known as a fashion icon and has inspired collections from designers such as Dior. As a matter of fact, the Asian-American Arts Awards and the Asian Fashion Designers named annual awards after her.

#9. She became the first Asian American to lead a U.S. television show.

In the 1950s, Wong returned to the public eye in her series, The Gallery of Madame Liu-Tsong, in which she played an art dealer/detective, according to CBS News.

#10. She was an advocate for the positive representation of Chinese Americans.

After The Good Earth upset, Wong embarked on a year-long tour of China to learn more about her culture. But to her disappointment, she was criticized by Chinese reporters for her derogatory characterization of Chinese women. “It’s a pretty sad situation to be rejected by the Chinese because I’m too American, and by American producers, because they prefer other races to act Chinese parts,” she recalled about the trip, according to Esquire.

Nonetheless, it did not stop her from advocating for better representation and speaking out about the prejudice she faced in the industry. “I’m Chinese by race and I love Chinese people and things,” Wong said about her heritage. “I love our traditions and even our ancient religions. I think there is poetry in our plural gods of the North Wind, the West Wind and the like. They are beautiful like the American Indian gods. My only regret is the limitation upon my work, as I can only play oriental roles, or sometimes Indian parts.”

Soon Wong’s extraordinary life will finally get the spotlight it deserves. Back in March, Crazy Rich Asians star Gemma Chan revealed she will play the late, iconic actress in an upcoming biopic. “Anna May Wong was a trailblazer, an icon and a woman ahead of her time,” said Chan in a statement to The Hollywood Reporter. “Her talent and her exploration of her art both in and outside of the U.S. was groundbreaking — and the challenges and prejudice she faced in the early 20th century as an actress speak directly to the conversations and the world we are navigating today.”

A date for the movie has not been released but we can’t wait to see Wong honored on the big screen!

More Like This
Julia Louis-Dreyfus Holds Hands With Son Charlie Hall At White House State Dinner
Hero Who Tackled Colorado Gunman Was At Nightclub With Family To See Drag Show
David Beckham Impressed Mariah Carey With His Rendition Of "All I Want For Christmas"
It’s Britney(‘s Birthday), Bitch!