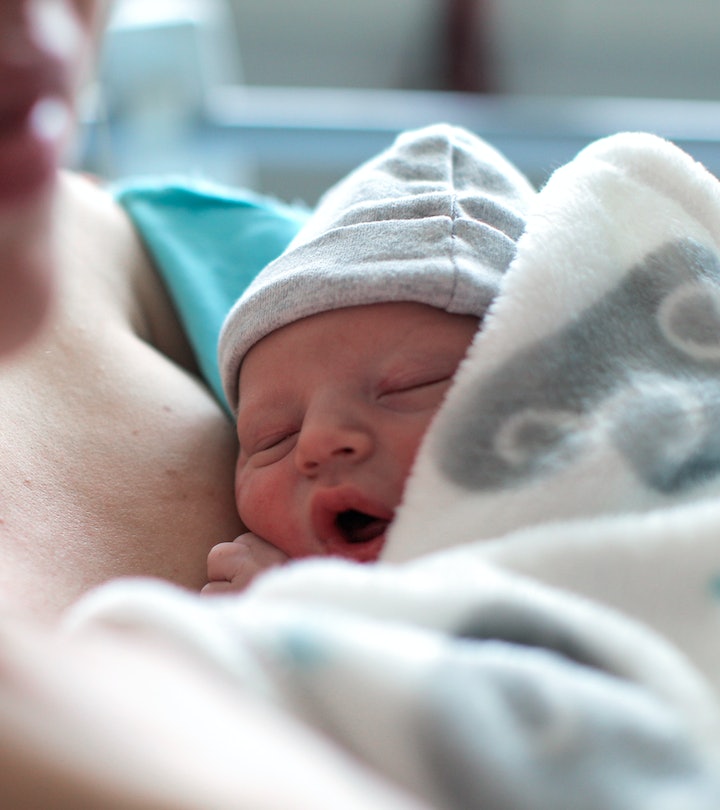 Are Boy Babies Usually Late? Signs Your Baby May Be Born Late

It’s a total guessing game, but it’s a fun one.

No matter how much you love being pregnant, there comes a moment in every woman's journey when she is officially done with this "mommy-to-be" nonsense. She's exhausted, she's hot, she's tired of having to sleep on her side because she can't get up from her back at 40 weeks pregnant, and she really wants to meet her baby. Hearing the words, "I think you're going to go past your due date" is basically torture. But are there signs your baby might be late — like the popular belief that baby boys are usually late — so you can prepare for those extra days of pregnancy? Or will your child's punctuality skills be a mystery until they finally decide to make their entrance?

The American College of Obstetricians and Gynecologists (ACOG) defines “postterm” pregnancy as a pregnancy that goes past 42 weeks — cringe, we know — but (breathe) only about 5% of pregnancies last beyond 42 weeks. That sounds like a long time to be pregnant, doesn't it? Pregnancies that go past 42 weeks are typically associated with complication or risk, though, so most doctors conclude that going past 41 weeks of pregnancy means you're overdue and at that point, they’ll usually intervene to get things moving along.

So what makes some babies overdue and some arrive on time or early? There's no exact answer, but there are five signs that could potentially mean your little one won't show up on their due date.

Every person who has ever given birth understands just how hard those last few weeks are. But deep breaths. The baby will come. And in the meantime, try to enjoy a little quiet before the wonderful storm.

This article was originally published on November 4, 2016