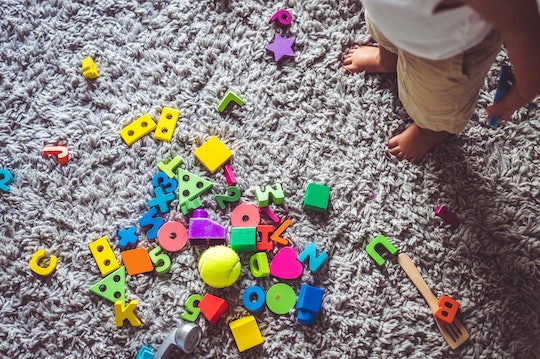 Paid Family Leave Is Out, But There Are Still Some Wins For Parents In Biden’s Spending Bill

Here’s what families need to know.

On Thursday, President Biden unveiled framework for his “Build Back Better” bill — a $1.75 trillion spending bill focused on social spending and climate initiatives. Pared down considerably from its original $3.5 trillion price tag — concessions to moderate Democratic Sen. Joe Manchin of West Virginia and Sen. Kyrsten Sinema of Arizona — certain provisions, earlier seen as key elements of the plan, have been scrapped including paid family leave and free community college. So what’s still in Biden’s spending bill for families? The administration has described it as “transformative,” focusing on education, child care, healthcare, and climate initiatives.

Passage of the bill is not yet assured. Neither Manchin or Sinema have publicly announced their support. And yet things are looking a little more promising than even a week ago. The progressive branch of the House of Representatives, led by Congressional Progressive Caucus chair Representative Pramila Jayapal announced on CNN that progressives, impressed with the President’s most recent presentation of the framework of the social spending bill, were on board.

“There are many things in there that we did not get, but even without these things the Progressive Caucus endorsed the framework that was put forward,” she said, noting that she thought it would be able to pass quickly through the House. “We will actually deliver for the American people the transformative changes that [President Biden], and all of us, ran on that will transform people’s lives.”

But not all at once: the hefty price tag represents spending over the course of a decade, or $175 billion per year. Still, billions of dollars is no small feat, with $550 billion earmarked for climate initiatives, $150 billion toward affordable housing, and expanded access to healthcare via the Affordable Care Act, Medicare, and Medicaid to name a few initiatives, many of which will certainly affect families. But, more directly, here’s what can families expect with the potential passage of this bill...

Free universal preschool for all 3 and 4-year-olds

Funded for the next six years, this represents the largest expansion of public education in a century, when compulsory elementary education became the law in all 50 states. Early education has been linked not only to increased preparedness for kindergarten and reduced need for special education services moving forward, but to a lifetime of benefits as the result of increased education equality.

Under this bill, families making up to 250% of their state’s median income would not have to pay more than 7% of their annual income for childcare, a move the White House expects to affect approximately 20 million American families. The provision stipulates that parents must be working, seeking work, in training, or dealing with a serious health issue. It will also be funded for the next six years.

Expansion of the child tax credit

Under the American Rescue Plan earlier this year, the Biden Administration expanded the child tax credit from $2,000 per child to up to $3,600 with between $250 and $300 monthly payments representing that difference coming in the form of direct payments to families making under $150,000 per year from July to December. Though originally scheduled to end in December 2021, it would be extended through 2022. (The administration hopes to make this change permanent.)

Increased access to free lunches at school and a summer stipend

While the loss of paid leave in the framework has been derided as “devastating,” “inexcusable,” and a “deep and bitter disappointment,” by advocates, President Biden hopes that Congress, and the American public, will celebrate the victories the bill was able to achieve.

“No one got everything they wanted, including me,” Biden said on Thursday after reaching an agreement with Democratic leadership. “But that’s what compromise is.”

More Like This
Jacinda Ardern No Longer Has “Enough In The Tank” & Moms Know Exactly What She Means
Michigan Right-Wing Group Wants To Erase LGBTQ+ Sex Ed
Teacher Shot By 6-Year-Old Student Told School He Had A Gun, Was Told To "Wait"
Florida Teachers With “Unvetted” Classroom Books Could Face Felony Charges
What Parents Are Talking About — Delivered Straight To Your Inbox