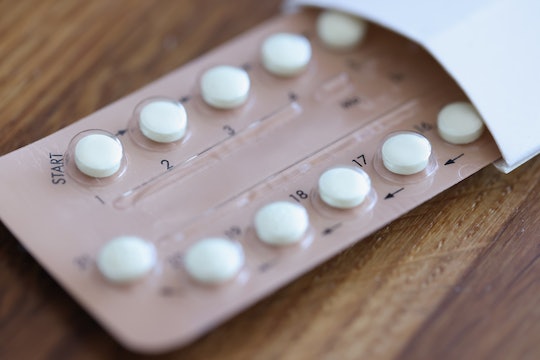 The announcement from the Biden Administration follows reports of pharmacists not filling concentration and other prescriptions.

On Wednesday, the Department of Health and Human Services’ (HHS) Office for Civil Rights issued guidance to America’s roughly 60,000 retail pharmacies regarding the “nondiscrimination obligations of pharmacies under federal civil rights laws” to fill prescriptions for hormonal birth control, mifepristone (also known as “the abortion pill”), methotrexate (used to halt ectopic pregnancy from further development) and other medications, regardless of their on-or-off-label association with abortion and miscarriage. The announcement comes amid a flurry of similar decrees from the Biden Administration that seek to assert existing laws to protect access to reproductive health care in the absence of a federal right to abortion.

“We are committed to ensuring that everyone can access health care, free of discrimination,” said HHS Secretary Xavier Becerra in a statement. “This includes access to prescription medications for reproductive health and other types of care.”

In the wake of the reversal of Roe v. Wade, new legal questions have arisen among health care providers, including pharmacists, some of whom are hesitant fill prescriptions associated with abortion lest they clash with new state laws. In Louisiana, for example, where a trigger law banning abortion went into effect after Roe was overturned (but has since been temporarily blocked by a state judge), Dr. Alexandra Weiss Band prescribed Cytotec to a patient to make the insertion of an IUD less painful. The pharmacist filling the prescription, however, aware that the drug is also used with misoprostol to terminate pregnancy, refused to give the medication, even after confirming its intended used with Dr. Weiss Band.

The Biden Administration — both in clarification and warning — told pharmacies that “as recipients of federal financial assistance, including Medicare and Medicaid payments,” that they are prohibited from discriminating on the basis race, color, national origin, age, disability, and sex when “supplying prescribed medications; making determinations regarding the suitability of prescribed medications for a patient; and advising a patient about prescribed medications and how to take them,” citing the Affordable Care Act (ACA) and the Rehabilitation Act of 1973. HHS went on to highlight pregnancy discrimination — which includes current pregnancy, past pregnancy, potential or intended pregnancy, and medical conditions related to pregnancy or childbirth — is also prohibited under federal law.

The new guidance offered a variety of of hypothetical circumstances in which a pharmacist could violate federal anti-discrimination laws, such as:

Those who believe their or another person’s civil rights have been violated at a pharmacy can visit the Office of Civil Rights to file a complaint online.