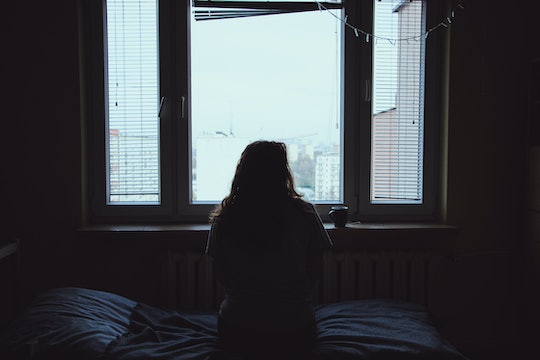 Lawmakers Introduced A Bill That Would Let Fathers Veto Abortions

"We cannot fund our schools to the fullest but we can work our hardest to secure a woman’s womb."

Reproductive freedoms are once again in jeopardy, most recently in Tennessee. This week, two Republican lawmakers in Tennessee introduced a bill that would allow a biological father to veto an abortion without a DNA test.

The bill, SB0494 (Senate) and HB1079 (House) was introduced to the Tennessee General Assembly on Feb. 10 and passed on to the Senate Judiciary Committee on Feb. 11. If the bill passes there, a man will be able to "petition a court for an injunction to prohibit a woman who is pregnant with the person's unborn child from obtaining an abortion."

Additionally, according to the bill's draft, that individual must prove he is the biological father by executing a "voluntary acknowledgment of paternity that is not subject to being rescinded or challenged." Furthermore, the proposed legislation "does not require the petitioner to provide DNA evidence to prove that the petitioner is the biological father of the respondent's unborn child."

Once a petition is filed, under the legislation a court would then hold a hearing with both people present "within 14 days," as Nashville news outlet WJHL reported.

The bill is sponsored by state Republican Sen. Mark Pody and Rep. Jerry Sexton. If passed, this law will no doubt face challenges and be deemed unconstitutional. On Twitter, Democratic Sen. Brenda Gilmore condemned the proposed legislation. "Always making the news and always about controlling a woman’s body," Sen. Gilmore tweeted. "We cannot fund our schools to the fullest but we can work our hardest to secure a woman’s womb."

In 2017, lawmakers Arkansas signed similarly disturbing legislation into law. As The Daily Beast reported at the time, Arkansas Act 45 made abortions in the second trimester a felony and "potentially allows the fetus’s father to sue even in cases of spousal rape or incest." Meanwhile, in New Mexico, legislation is underway to repeal an abortion ban that was put in place over 50 years ago, according to local news outlet KRQE.

Access to abortion care in Tennessee is possible, but there are several restrictions and barriers. According to Guttmacher Institute, patients who seeking an abortion must undergo an ultrasound and "the provider must show and describe the image to the patient." Abortion care is health care, as the American College of Obstetricians and Gynecologists has stressed, and lawmakers in Tennessee are attempting to make accessing it even more difficult.