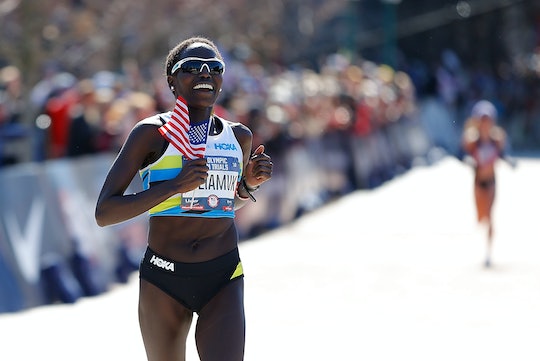 The Tokyo 2020 Organizing Committee announced on Wednesday that breastfeeding athletes will be allowed to bring their babies to the Olympic Games this summer. Athletes were initially told that family members would not be allowed to join them as they compete in the 2020 Olympics, delayed a year due to COVID-19, but it seems an exception will be made for babies who are still breastfeeding.

After initially saying that no family members or friends would be able to join athletes in Tokyo for the Olympic Games this summer, the organizing committiee released an amended plan in a statement on Wednesday, per TODAY, "Given that the Tokyo 2020 Games will take place during a pandemic, overall we must unfortunately decline to permit athletes' family members or other companions to accompany them to the Games. However, after careful consideration of the unique situation facing athletes with nursing children, we are pleased to confirm that, when necessary, nursing children will be able to accompany athletes to Japan."

This statement was released two days after U.S. Olympic marathoner Aliphine Tuliamuk took to Instagram to voice her concerns about leaving her 5-month-old daughter Zoe, who is breastfed, behind.

Aliphine Tuliamuk was worried about leaving her breastfeeding baby behind.

Tuliamuk wrote on Instagram that she “cried a lot since” earning her place on the U.S. Olympic team, mainly because she thought she would have to leave her baby, “I know that I will be leaving her for only 10 days, and she will be just fine, and that so many other moms have done the same, but I can’t even imagine being away from her for half a day.”

Kimberly Gaucher, who will compete on the Canadian Olympic basketball team and mom to baby Sophie, said in a video on Instagram that she was “being forced to decide between being a breastfeeding mom or an Olympic athlete. I can’t have them both.”

Fortunately, she can have them both. While babies who are being breastfed will not be able to join their parents in the Olympic or Paralympic Village in Tokyo, they will be able to stay in a private accomodation that has been approved by the Tokyo 2020 Organizing Committee. Breasteeding athletes will also be allowed to stay outside of the Olympic Village in the same private accomodation and will be able to bring a support person to help with childcare.

The International Olympics Committee told Sports Illustrated it was “"very pleased to hear that the Tokyo 2020 Organizing Committee has found a special solution.” I’m certain the breastfeeding athletes are pleased to know they won’t have to be forced to choose between their babies and their Olympic careers as well.