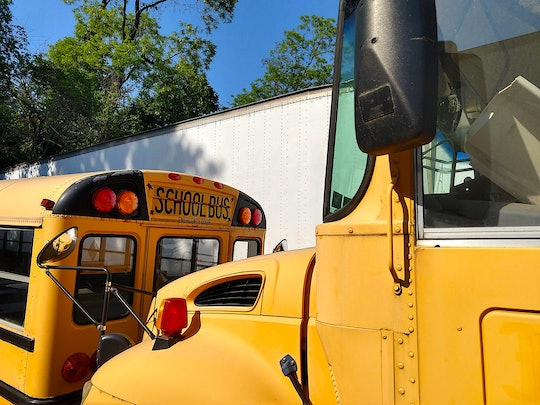 The Bus Driver Shortage Is Becoming A Real Problem For Students

Massachusetts has called in the National Guard to help.

It’s an issue that has been troubling schools across the country, with a national survey in August finding that half of the country’s student-transportation coordinators described their own bus transportation issues as “severe” or “desperate.” School districts are competing with delivery services like Amazon to hold onto bus drivers, who hold special commercial licenses. And the pandemic has only made it worse.

“Typically there have been bus driver shortages at the beginning of the school year during the last few years, but the pandemic exacerbated that,” National School Transportation Association Executive Director Curt Macysyn told CBS MoneyWatch. “We are challenged like a lot of industries are challenged.”

Gov. Baker’s decision to bring in the National Guard to drive students to and from school is one solution. “These Guard personnel will be available to serve as drivers of school transport vans known as 7D vehicles to address staffing shortages in certain districts,” Baker’s office noted in a press release. While some still need to undergo training, the National Guard members who are being sent to drive students already have the proper licensing to do so, Gov. Baker told NPR. “There are a bunch of communities who have said they're interested in this, and we're glad to be able to help because it's important.”

The decision was met with praise by Chelsea School Superintendent Almi Abeyta, who told CBS Boston, “We are grateful and thankful that somebody was definitely thinking out of the box. When I got the call, I was like 'oh, that's an interesting solution, yes, OK!'"

Other states are struggling to find their own solutions to the bus shortage problem. In New Jersey, the Glassboro school district has decided to shorten its school hours by about 45 minutes in an effort to get older students home before younger siblings. In Montana, a school district is offering a cash incentive of $4,000 to become school bus drivers, while in a Delaware school district, parents are being offered $700 to drive their own children to and from school using their own vehicles.

Schools continue to scramble to find ways to get students to the classroom. And the bus shortage doesn’t seem to be getting any better.