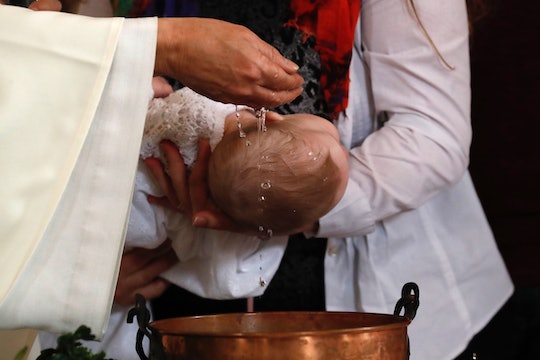 “I deeply regret my error and how this has affected numerous people in your parish and elsewhere.”

Reverend Andres Arango, a priest of the Diocese of Phoenix, has been baptizing parishioners for more than 20 years. After an investigation, however, it was revealed that Rev. Arango changed one word in his official baptism and that word choice ended up invalidating all of those baptisms over the past two decades.

Last month, Bishop Thomas Olmstead of the Diocese of Phoenix reached out to parishioners in an newsletter to share the results of a church investigation into Rev. Arango. “It is with sincere pastoral concern that I inform the faithful that baptisms performed by Reverend Andres Arango, a priest of the Diocese of Phoenix, are invalid,” Bishop Olmstead wrote. “This determination was made after careful study by diocesan officials and through consultation with the Congregation for the Doctrine of the Faith in Rome.”

Bishop Olmstead went on to explain that, instead of saying “I baptize you in the name of the Father, and of the Son, and of the Holy Spirit,” when performing a baptism, he would say “We baptize you.” And this was a problem for the church. “The issue with using 'We' is that it is not the community that baptizes a person, rather, it is Christ, and Him alone, who presides at all of the sacraments, and so it is Christ Jesus who baptizes,” Bishop Olmstead wrote in his newsletter.

Rev. Arango has since resigned his position at St. Gregory Parish in Phoenix, according to The New York Times.

This means thousands of people who thought they were baptized were not. And because baptism is the first sacrament in the Catholic church, other sacraments (like first communion, confirmation, and even marriage) could be invalidated as well. When asked whether these invalid baptisms would affect marriages performed after the fact, the Diocese of Phoenix simply responded in an online FAQ, “Maybe! Unfortunately, there is no single clear answer.”

Some Twitter users are taking umbrage with the idea of parishioners suffering because of a mistake. “Why should parishioners be punished for his error? They followed through in good faith which should be recognized as such!” one tweeted.

For his part, Rev. Arango wrote on the Diocese of Phoenix website, “It saddens me to learn that I have performed invalid baptisms throughout my ministry as a priest by regularly using an incorrect formula. I deeply regret my error and how this has affected numerous people in your parish and elsewhere.”