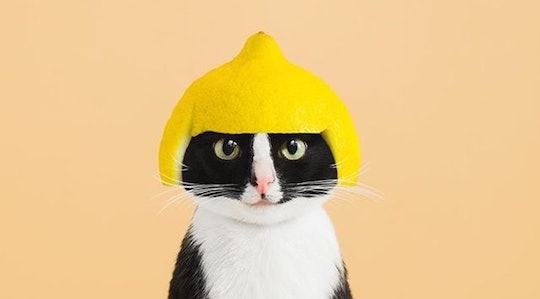 Can you say “awwwww”?

Sometimes you just need a cute and furry break from the endless string of horrific headlines and depressing scientific findings on your social media feed (so wine isn't good for your heart after all? Sigh). That's why it's so nice to be able to browse the many beautiful, funny, playful, and just downright adorable cats of Instagram for an instant mood-lifter and an assurance that there's still some good left in the world.

Savvy cat owners have used their pets to create Instagram pages that appeal to thousands, even millions, of viewers worldwide. Some kitties have gained fame for their expressive faces (how can you resist the popular Lil Bub?); others have won followers with their striking coloring, regal attitude, inspiring personal stories, or their dignity in the face of owners who dress them in silly getups.

The most successful are able to become major influencers by partnering with retail brands to have their pets photographed with food products, toys, and other animal-related items. Many have their own lines of merchandise; the late, world famous, Grumpy Cat, for example, has his image printed on everything from shirts to balloons to sneakers.

Owners of these Insta-famous felines often use the profits and the publicity to promote a worthy cause. Mike Bridavsky, owner of the late Lil Bub, has donated more than $200,000 to animal charities since his wide-eyed kitty became a viral sensation. And sometimes it's the fans who get involved: When Mr. White, aka White Coffee Cat, developed kidney cancer, followers flooded his family with well wishes and donations.

These are some of the most popular cats of Instagram today. You probably follow at least one already, so you might find more to add to your follow list. (And when my own cat becomes the next Insta star, she promises she won't let it go to her head.)

This article was originally published on Aug. 28, 2018