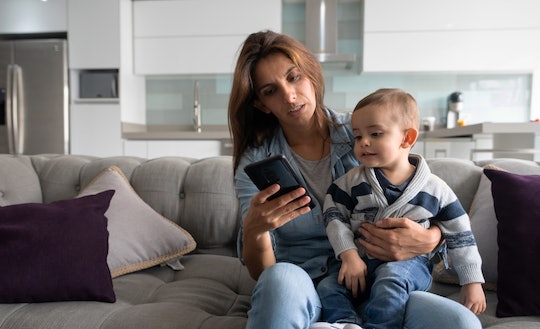 A systems glitch means some families who normally receive their Child Tax Credit payment via direct deposit will receive paper checks this month, the IRS warns.

The second batch of advance Child Tax Credit payments are coming. However, some of the 36 million families set to receive the benefit may find their method of payment looks a bit different this month. According to the Internal Revenue Service (IRS), a systems glitch has meant some families who’d previously received their Child Tax Credit payment via direct deposit will instead be mailed a paper check this month.

“The IRS wants to alert some recipients who received direct deposits in July that they will receive the August payments by mail,” the agency said in a statement released Friday. “For those affected, no additional action is needed for the September payment to be issued by direct deposit.”

While the IRS has so far declined to go into detail about the unspecified glitch that led to the payment method error, calling it only “an issue,” it’s not expected to impact a majority of Child Tax Credit recipients. In fact, the IRS has said less than 15% of recipients, or 5.4 million families, stand to be affected. Parents are encouraged to use the IRS’ Child Tax Credit Update Portal to see if they will be one of the families impacted by the error.

Those who are impacted, and will thus be receiving a paper check rather than a direct deposit payment, won’t need to take any action to correct the issue, which the IRS has said is expected to be resolved before September payments are due to be distributed.

According to the IRS, this second batch of Child Tax Credit payments totals roughly $15 billion and is expected to reach some 36 million families, the majority of whom will get their payment via direct deposit. President Joe Biden’s American Rescue Plan temporarily expanded the Child Tax Credit earlier this year so that eligible families now receive $3,600 per child under the age of 6 and $3,000 per child aged 6 to 17. Families eligible for the Child Tax Credit began receiving a monthly payment of $300 to $250 per child in July, and are expected to continue receiving such payments until the end of this year.

On Friday, the IRS also announced eligible families who had not yet received a July payment would still receive their total amount for the year. “This means that the total payment will be spread over five months, rather than six, making each monthly payment larger,” the IRS said. “For these families, each payment is up to $360 per month for each child under age 6 and up to $300 per month for each child ages 6 through 17.”