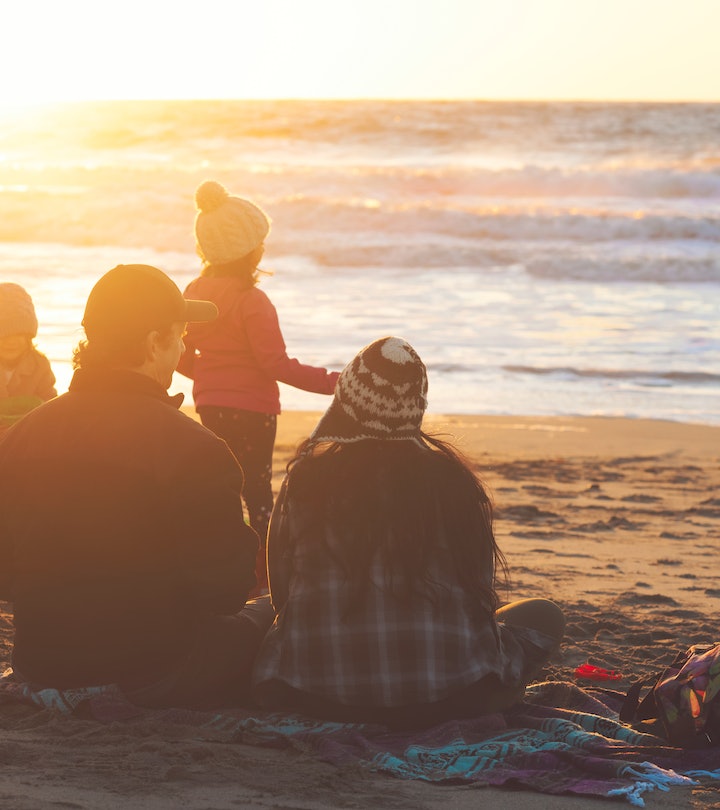 The year of the Water Tiger is poised to present opportunities for all!

Also called Chinese New Year, the Lunar New Year offers each zodiac sign an opportunity to start anew and celebrate the year ahead — and after all of the curveballs 2021 threw at the world, it makes total sense to want a fresh start. What does this mean for your Lunar New Year horoscope in 2022? Thankfully, it looks like a year filled with opportunity is in store. (Can you hear that collective sigh of relief?)

According to Chinese Astrology, this year is the year of the Water Tiger, and UK-based Feng Shui and Chinese Horoscope Master Kay Tom tells Romper via email that the focus and determination of this animal will lead the way. “2022 is a year of opportunities for everyone, no matter how great or how small, the opportunities will come for this is the example the Tiger is setting as he leads from the front,” Tom explains. “It’s your choice to grab the moment or to miss it, but be warned, the Tiger doesn’t look back and rarely do those opportunities present themselves again.”

Astrologer and author, Lisa Stardust, tells Romper that 2022 will be an “extremely passionate time” for the Tiger sign. “Tigers are known for their gusto and ability to achieve greatness, and the water element gives them the ability to communicate their passions more freely,” she explains.

Tom notes that throughout a year of pursuing their passions and leading the pack, the Tiger will still maintain a sense of balance. “He knows how to keep things in perspective and to also know his limits. Burn-out serves no one, so there is no shame in an afternoon nap.”

“This is a wonderful year for love,” Stardust tells Romper. “The Ox is connecting with others to cultivate new connections and romance.” In terms of finances, this year looks solid for the Ox. “In 2022, the Ox is level-headed and has his feet placed firmly on the ground, especially in investments,” says Tom. “He also commands a lot of respect for his forthright attitude and problem solving.”

If last year put you into a tailspin, this year may be your time to get back on track. “The rat is taking their power back and building their confidence this year,” says Stardust.

In this year of rebuilding, it’s important not to take on too much. “The best action for the Rat in 2022 is to keep himself to himself, to prioritize his health and fitness, and basically to spoil himself with holidays and leisure time as much as possible,” Tom says. “2022 is not a year for the Rat to take on any extra responsibilities or to make major decisions or purchases.”

“In 2022 the Rabbit is sitting in a bright and sunny place with an array of opportunities that will encourage him to work hard toward securing a bright future,” Tom tells Romper. Though these opportunities may be welcomed, your hard work doesn’t have to be shouldered alone, as Stardust points out. “The rabbit will lean on others more than ever, and their peers will be happy to support them in their endeavors,” she says.

“The Dragon is the diplomat, known for his entrepreneurial spirit as he is able to see both sides of any given situation,” Tom explains. In 2022, this could mean a year of supporting others as they grow. As Stardust puts it, “The Dragon is taking a step back and reflecting on their goals to plan for their future.”

“Money and abundance is coming to the snake in 2022, which will open doors to success,” says Stardust. Tom says the Snake will focus on their “career energy” but cautions that mistakes could be easy to make as you engage in projects and ideas that aren’t necessarily your own. To navigate this, Tom recommends socializing and networking in the evening, as it “will bring rewards.”

“2022 is a year of responsibility for the Horse, of leadership, decision making, socializing/networking both day and night, and maintaining the action,” says Tom, who adds that the Horse should not neglect their health needs through the grind. Stardust concurs, and adds that work matters will take center stage for this sign, which won’t necessarily be a bad thing. “A promotion, new job, or raise is favored this year,” she says.

In this year of opportunity, Tom says that the Sheep is “leading from the back, preferring to stay away from the eye of the action and simply keeping a distant view.” This position will provide perspective and lead to a celebration of happiness.

Stardust notes that with money matters this year, “the sheep must be careful not to overspend and maintain a budget at all times to keep their finances lucrative.”

You could be in for a wild ride in 2022. “Communication may be flowing easy, but the Monkey will have to work harder to attain their goals, which can cause exhaustion,” warns Stardust. Travel, exploration, and new friendships could be on the agenda this year, but Tom explains that “the challenge for the Monkey comes in not overdoing things, of rushing decisions and making bad choices, for it is easy to fall onto the wrong path and get caught up in a messy situation.”

“The Rooster is having a positive year, as luck is on their side and offering them protection from harm,” says Stardust. This is welcomed info as you may see an increase in responsibility as a valued advisor to leaders around you, Tom explains, noting that Roosters “have the ability to rationalize any given situation and to see a clear path forward more so than any other animal in 2022.”

In 2022, expect to get crafty, but pay close attention to the time and energy you devote to projects. “The Dog is getting extra creative, which is highlighting their innate talents and artistry,” says Stardust. The Dog “has a lot of ideas that he wants to develop, even though they take up a large amount of his time, challenging his social life as a consequence,” says Tom. The upside? You may be prone to make a quick buck this year, as Tom points out a “chance of windfall” for the Dog.

Prosperity may be in store for the Pig this year. “2022 is a year when the Pig will have the ability to spot an investment and action it with confidence,” Tom explains. Where will you find these investments? Perhaps with new friends. “Their friendship circle is expanding and evolving over the next year, making them popular amongst their peers,” says Stardust.

Master Kay Tom, a Feng Shui and Chinese Horoscope Master based in the UK

More Like This
11 Signs You're Sexually Attracted To Someone, But Not In Love With Them
Adult Gymnastics Brought Me Back To Myself
Raising Us Maybe Wrecked Her Career, But My Mom Is Thriving In Her Second Act
Good Moms Have Abortions — I’m One Of Them