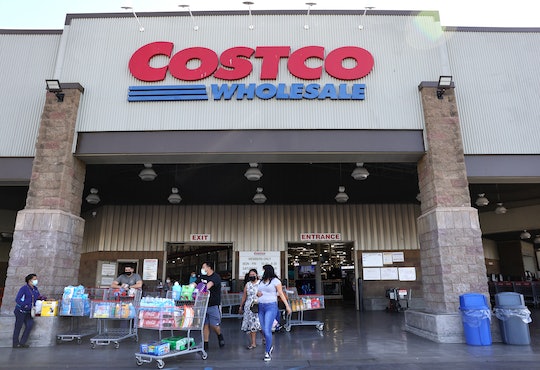 Who else is ready for a Costco hot dog?

Now that fully 25% of Americans have received the COVID-19 vaccine, there’s a bit of hopefulness in the air. A feeling that, perhaps, life will start to return to a familiar sort of normal in the coming months. The thought of seeing loved ones, feeling safe, maybe even venturing out to do a little shopping... it’s too beautiful for words. And if you need some help getting into the spirit of hopefulness, Costco food courts are making a comeback. After months of being closed, the food court with the huge following has plans to reopen, and we love to see it. I don’t know about you but I am ready for a Costco hot dog right about now.

The wholesale giant closed all of its food courts last March in an effort to stop the spread of the coronavirus. While there was still a menu available, it was for takeout only. And we all know that is just not the same experience at all.

In recent weeks, as more and more Americans were able to be vaccinated, some Costco outlets across the country began to offer outdoor seating and an expanded menu that includes smoothies, ice cream, and churros. Once more COVID-19 safety restrictions are lifted, indoor seating is expected to resume as well, per CNN.

The good news can’t come soon enough for Costco food court fans, who have been taking to social media to share how much they have missed their visits. One social media user noted, “this is what I got a Costco membership for, the food court at the end.” Another person had a great suggestion, “Next holiday family reunion should take place in Costco food court cause it’s legal.”

While it’s exciting news that the return of Costco food courts is on the horizon, Costco Chief Financial Officer Richard Galanti told CNN in an interview on Wednesday, “God willing. But it's going to take some time.”

Here’s hoping the return of Costco food courts will coincide with an uptick in ketchup packet distribution. After the past year of Americans relying on takeout and being unable to share items like ketchup bottles doe to sanitary concerns, there’s actually a shortage on individual ketchup packets.

Imagine the irony of having access to Costco food courts... with no ketchup?

More Like This
Here’s What You Need To Know About That Viral 1960s Baby Formula “Recipe”
10 Easy Vegetables To Grow At Home
Abbot's Formula-Producing Plant Can Reopen In As Early As 2 Weeks — Now What?
Kelly Ripa Loves A Sunday Dinner Date With Her Grown-Up Kids