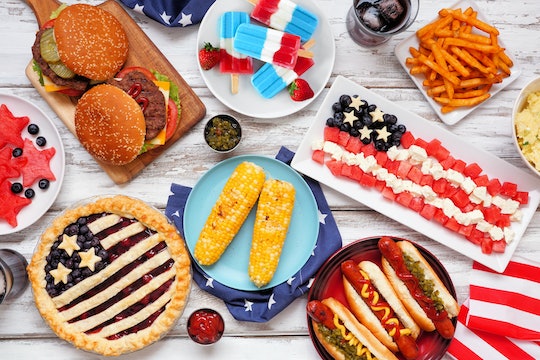 You'd better plan ahead for your July 4th party, you patriotic peeps.

When it comes to July 4th BBQs, it’s best to buy in bulk. After all, grilling an 8-pack of hot dogs isn’t exactly going to feed a crowd. And if you’re looking to stock up on steaks (and sales), you’ll probably want to cruise through the aisles at Costco. But if you’re betting that you can buy some buns come Independence Day, you’d better know Costco’s 4th of July hours.

Backyard BBQs are at the heart (and stomach) of any July 4th gathering. More than likely, you’re probably going to have a good amount of guests, especially now that the Centers for Disease Control and Prevention (CDC) have issued new guidelines stating that fully vaccinated people can gather once again sans physical distancing, and we’ve all missed that human connection. But if you run out of relish on America’s Independence Day, you’re going to be feeling pretty un-patriotic, because Costco is closed (that’s right, closed) on July 4th.

So even though you can’t exactly run out to Costco on the 4th of July, (which falls on a Sunday this year), you can still score some major buys the day before. Sure, you might have to wait on longer lines (because if you’ve ever been in Costco on a Saturday, you know it’s not an in-and-out trip). If you plan ahead the day before, you might be able to take advantage of Costco Grocery Same-Day Delivery, which includes all groceries — even fresh and frozen foods — along with other household essentials (like tons of toilet paper).

Although you can’t grab one of those big wagons and flash your Costco membership card to gain access into the warehouse on the 4th of July, you can still buy in bulk in the days leading up to the holiday. And maybe, that will give you more time to enjoy being with your friends and family instead, and start feeling a sense of normalcy (and independence) once again.