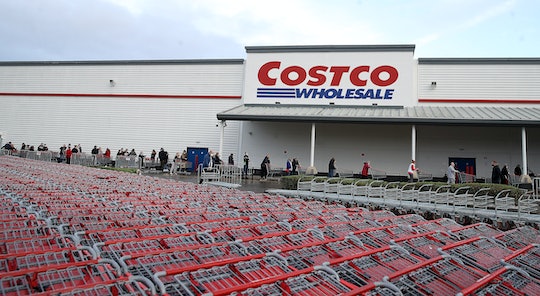 Costco Is Closing All Of Its In-Store Photo Centers

Hey, at least there's no rush to renew your fam's passports now, right?

If you've gotten accustomed to printing off your family pictures while grocery shopping and stocking up on essentials, you probably won't be thrilled to hear that Costco photo centers are closing in February. That's right, a number of photo-related services will no longer be available in stores next month.

More Like This
226,000 Smoke Alarms Sold At Walmart, Home Depot, & More Stores Have Been Recalled
The Original American Girl Dolls Are Back For Their 35th Anniversary
The 7 Best Water Tables For Your Little Ones
The Best Splash Pads For This Summer

The photo department at all Costco locations will officially close for good on Sunday, Feb. 14, according to a statement on Costco's website. After that, members will no longer be able to print out photos, have their photos restored, or have their passport photos taken at the superstore.

"Since the introduction of camera phones and social media, the need for printing photos has steeply declined, even though the number of pictures taken continues to grow," Costco said in an email sent out to photo center customers, obtained by photo blog, PetaPixel. "After careful consideration, we have determined the continue decline of prints no longer requires on-site photo printing."

While Romper's request for further comment from Costco regarding the closures was not immediately returned, here's what we do know.

Costco Photo Services That Will No Longer Be Available

After Feb. 14, Costco will no longer be offering the following services:

Fortunately, many drugstores still have passport photo services available in store and websites like Legacy Box can digitize home videos when Costco no longer can.

Costco Will Still Have Some Photo Services Available Online

The following products and services, however, will still be available to order through Costco's photo center website and app once the in-store photo centers close:

Instead of picking these products up in store, Costco members can now have to have them delivered to their home. Customers with existing orders will be allowed to pick them up in store until March 28, according to PetaPixel.

There's still some time before Costco's photo centers shut down for good, so print out those photos from the holidays while shopping for all of your favorite signature Kirkland products while you still have the chance.