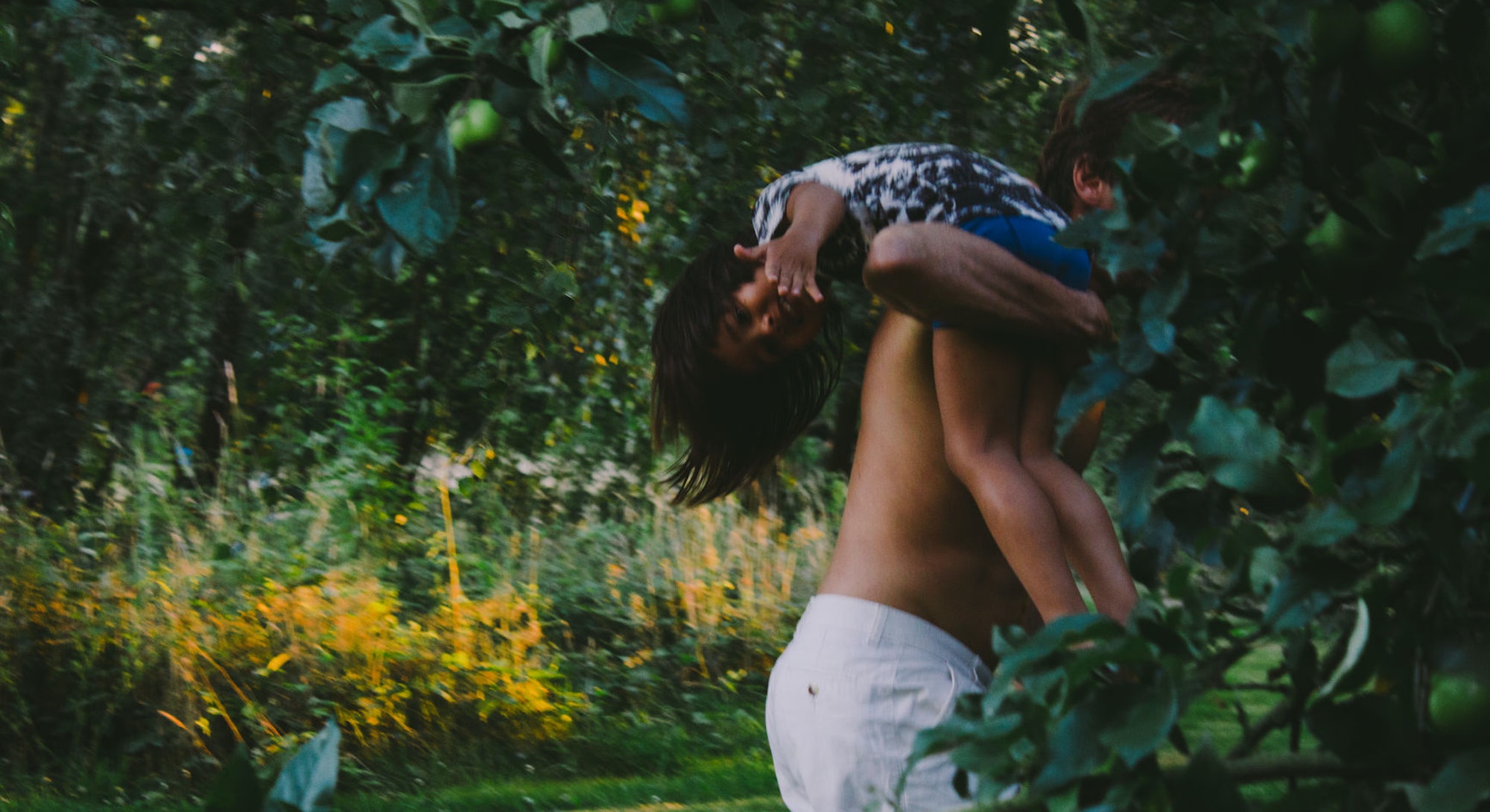 Is My Parenting Jedi Trick OK Or Am I Damaging My Kid?

Over the last few months, my 2-year-old son — who we used to think of as sweet-natured — has become increasingly defiant to the point that he began to say (or scream) no to anything we say, regardless of how illogical or contradictory his position had become. This has been very annoying (well, demoralizing, really) for me and his mom.

Some context in his defense: Over the last year, I've had to travel about six months for work and have been largely reduced to the goofy guy in the iPhone at the end of the night. My wife works long hours and usually doesn't get home until close to his bedtime. We also moved to a new house four months ago, hired a new nighttime nanny, and started him in a new daycare, which has replaced his lead teacher about four times since he's been there.

I get that because of all this turmoil, he likely has lost all sense of control and maybe being a total dick to me and my wife is the easiest way for him reassert control. And who am I kidding? It's totally fair. I'm sure we deserve this. But... something happened this weekend.

We were visiting some friends and we were trying to get him to go into the pool. He repeatedly screamed that he didn't want to swim — even though he'd been talking for days about how excited he was to go in the pool. My wife, at one point — and really as a kind of exasperated joke — said, "Well, I guess you don't want to swim then! No swimming for you!" Then, he started screaming about how he wanted to swim... and instantly everything turned around. He splashed around happily for more than an hour.

My wife (who I suspect you'll probably agree with) is skeptical of all this. But I ask you: Is she right? Is there really a downside here? If the daycare starts complaining about a change in his behavior (he is generally very well-behaved at daycare), then I could see making a change. But what's the point in stopping now? I say we ride the reverse-psychology wave as long as we can!

Or is my wife's argument — a kind of generalized "This feels wrong and it can't possibly be smart parenting in the long term" case — stronger than I'm accounting for because I'm too (figuratively) drunk with power?

My son is also 2. Twenty-six months, to be exact. These days, among other activities — including leaving the fridge door open like he's 15 and figuring out how to get out our front door and down to the street and giving us a f*cking heart attack — he is beginning to assert free will. He has definite ideas, thoughts, things he wants NOW. Things like: Daddy shark.

NOTE: Not baby shark. He wants the seven-second part at the beginning of the song that is ONLY ABOUT DADDY SHARK. He wails through the baby part and the mommy part, and when it finally gets to daddy shark, he relaxes completely, and then his demeanor changes when the verse ends, and he begins again with "DADDY SHURK! DADDY SHURK! SOB SOB SOB SOB" until I go back to the beginning.

He feels a similar sense of urgency about:

A few months ago, I realized that one thing my son understands is people being asleep. He pretend-plays being asleep; he lies down, screws his eyes shut, and "snores." He climbs into his sister's bed (quickly, when she's not looking, like a ninja with the size and dexterity of a potbellied pig) and makes all her stuffed animals go to sleep.

So whenever my son wants daddy shark, or Elmo, or Paw Patrol, or Big Bird, or Cookie Monster, or Dipsea, Laa-Laa, or Po, I tell him gravely, "They're asleep."

My son says, "Oh," and pauses in his hurricane of demands, and then he GOES OFF AND DOES SOMETHING ELSE.

What your wife, and my husband, are concerned about is the potential to form a habit of controlling a kid's behavior with half-truths.

This is what I think. Kids go through stages, and we're just along for the ride. Yours is currently going through one. It's possible that all the recent ups and downs have contributed to his needing to assert some control. All the new things are throwing him off, as are your comings and goings — all those transitions are stressful. (Side note: Working parents walk a hard line: giving our kids the emotional stability they need while supporting them financially and even, perhaps, modeling our values.)

You have come up with a temporary solution to a temporary situation, and it's working. But I think what your wife, and my husband, are concerned about is the potential to form a habit of controlling a kid's behavior with half-truths and manipulation LET'S CALL A SPADE A SPADE SHALL WE, rather than with age-appropriate honesty about the world.

But you know what? That's not going to happen. Because we're not sh*tty people.

Sure, we need to teach our kids to deal with disappointment and to make their own decisions. And our partners believe that when I pretend Elmo is asleep because I want five f*cking minutes of peace, I'm being a BAD PARENT. They think that when you get your kid into the pool with skulduggery, you're being a BAD PARENT.

OH STOP WITH THE BAD PARENT WE'RE ALL DOING THE BEST WE CAN.

Who's benefiting by him having a tantrum by the pool?

Our kids are 2. There will be plenty of time to practice dealing with disappointment. Your kid is dealing with it right now — likely most of all that his obviously sweet, conscientious, "goofy" dad is home only half the time, and his other beloved parent works long hours.

So giving your kid the illusion of being in control by using a little reverse psychology might, in fact, be what he needs. Who's benefiting by him having a tantrum by the pool? Isn't everyone better served, in this particular moment and during this stage, by just using some reverse psych and keeping the peace?

This stage will pass. It's likely that greater stability will help it pass faster (and not get worse), and in the meantime you and your wife can work with the new nanny to control what's controllable: daily routines, for morning time, nap time, dinnertime, bedtime, back-to-sleep time, and any other special time your family has.

The parenting hack that's keeping you sane right now will become obsolete. You're not going to damage your kid by using it. Read: Don't worry. This strategy has given you sanity under stressful circumstances and it won't last forever.

So for now, DADDY SHARK IS ASLEEP.

YES OF COURSE IN GENERAL DON'T LIE TO YOUR KIDS. THEY NEED OUR PATIENCE, EMPATHY, AND VALIDATION TO WORK THROUGH THEIR STUFF. BUT YOU KNOW THAT DRUNK FRIEND WHO CALLS IN THE MIDDLE OF THE NIGHT AND WON'T STOP TALKING ABOUT THEIR RELATIONSHIP BULLSH*T NOT THAT I'VE EVER BEEN THAT PERSON SOMETIMES YOU JUST HAVE TO HANG UP AND THAT'S WHAT PARENTING HACKS ARE FOR. THE NEXT DAY YOU MIGHT HAVE THE ENERGY TO LISTEN OR YOU MIGHT NOT. DEPENDS ON THE DAY. YOU GOT THIS.