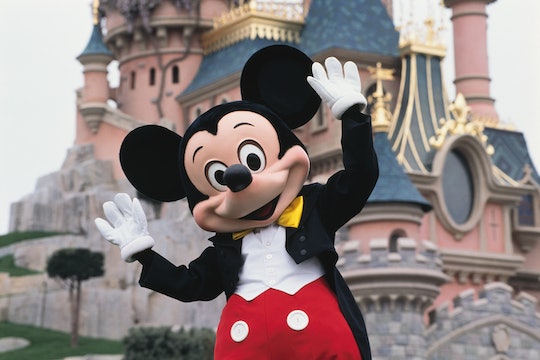 Disneyland is rolling out a new, higher sixth-tier ticket price for its most in-demand days.

Disneyland has announced plans to roll out a new sixth-tier price option, effectively raising prices on some of the resort’s single and multi-day tickets. Prices are also expected to be raised on parking as well as Park Hopper tickets, which enable guests to visit both Disneyland and California Adventure Park. This will be the first time the California theme park has raised prices since February 2020.

Disneyland announced Monday it would soon add a sixth tier to the tiered ticket system it first implemented in 2016. Under the change, the cost of purchasing Tier 1 tickets for days when the Disneyland Resort theme parks are least crowded will remain the same at $104. The price of Tier 2, Tier 3, Tier 4, and Tier 5 tickets to either Disneyland or California Adventure Park, however, have all increased. According to Deadline, the new price points are $119 for Tier 2 tickets, $134 for Tier 3 tickets, $149 for Tier 4 tickets, and $159 for Tier 5 tickets.

A New Tier Of Ticket Pricing

Guests looking to visit Disneyland or California Adventure Park this Christmas Day or New Year’s will find single-day tickets priced within the new Tier 5 price. However, come March, Disneyland has said it will roll out a new pricing tier for its most in-demand days, Deadline reported. Tickets in Disneyland’s new Tier 6 are expected to be priced at $164.

Previously, tickets in Disneyland’s highest tier cost $154, making the new $164 price just over a 6% increase. According to SF Gate, this is the first time Disneyland has raised the price of tickets since February 2020, roughly a month before the coronavirus pandemic forced the theme park resort to temporarily close.

What About Park Hopper Tickets?

News of Disneyland’s decision to raise prices comes shortly after the theme park giant announced plans to replace the free FastPass program at both Disney World and Disneyland with a fee-based Genie+ and Lightning Lane service. However, Disney’s continued price increases and decision to transition to fee-based services have angered some prospective guests who feel the theme parks are no longer affordable vacation destinations for the average family.