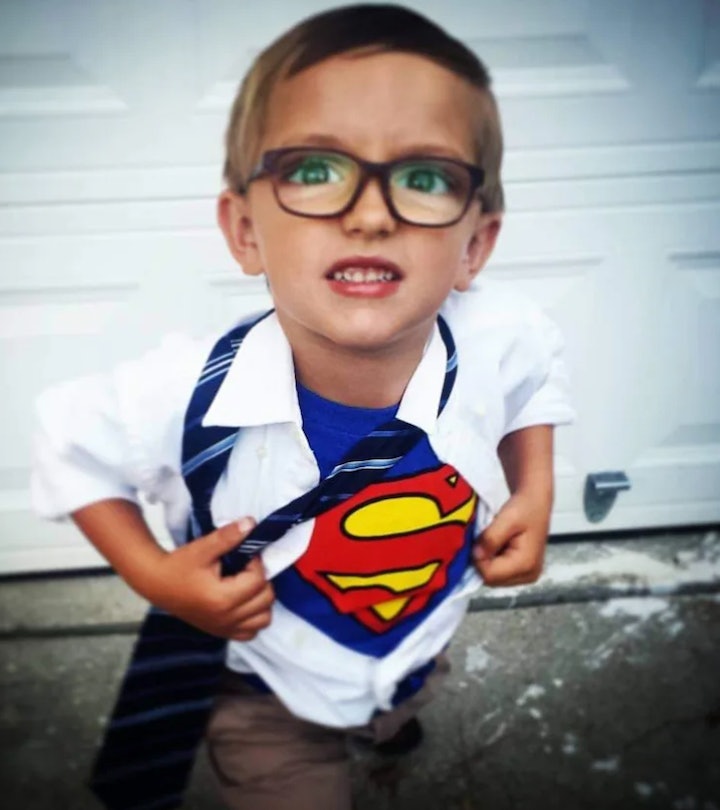 Nothing says “last-minute” quite like leaves stapled to a sweatshirt.

I am a planner by nature. The whole concept of throwing an entire Halloween costume together for my kids last minute is incredibly foreign to me. I am in absolute awe of parents who can not only do this, but do it well. And these costumes moms came up with on the day-of are shining examples of the kind of next-level creative skill set that I covet.

While I’ve always planned out my kids’ costumes well in advance of October 31, I do recall one Halloween as a teen when I was less than prepared and had to put something together on the day of. Apparently, my friends weren’t “too cool” to trick-or-treat after all and I wanted to join in on the fun. I grabbed some oh-so-fashionable camouflage cargo pants from my closet, borrowed one of my dad’s hunting jackets, and called myself G.I. Jane. It was hardly a “costume” but it worked.

Thankfully, most moms are much better equipped to create a last-minute costume than I was at 15. After all, not every spur-of-the-moment idea is born from a lack of planning. What else are you supposed to do when your toddler downright refuses to put on the Spiderman costume they picked out six weeks ago but make something new out of a bedsheet and some clothespins? These moms have mastered the day-of costume — or at least, they made it work.

More Like This
The Cutest New Holiday Jellycats, From A Yule Log To A Santa Lobster
10 Baby’s First Christmas Outfits Cute Enough To Save For Their Kids
You'll Feel Like A Princess In These Gorgeous New Year's Eve Maternity Dresses
9 Tips For Visiting Disney At Christmastime