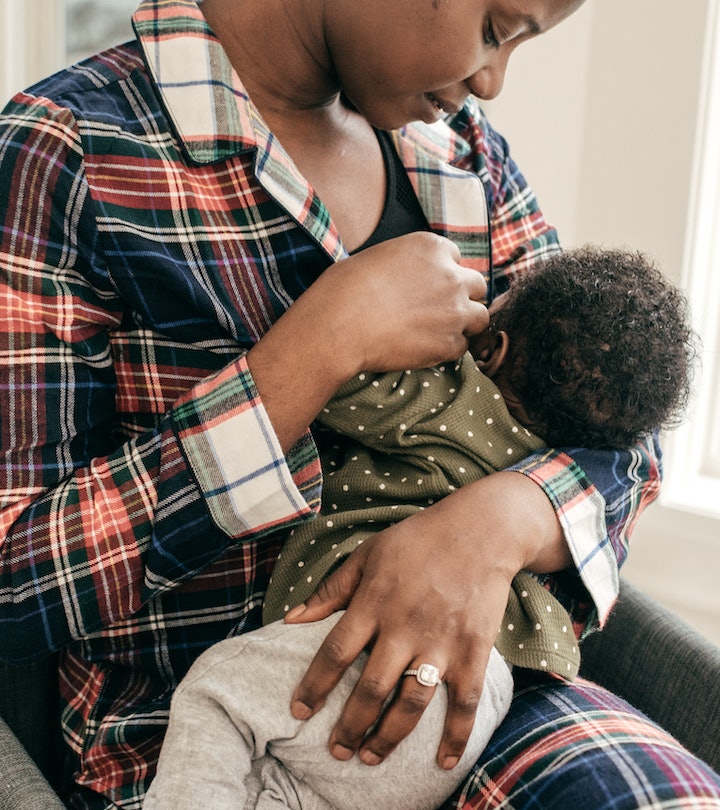 How Breastfeeding Affects Your Cervical Mucus

Whether you’re trying to conceive again or avoiding it, breastfeeding can change your mucus a bit.

Just because you're breastfeeding a baby doesn't mean you're no longer paying attention to the signs of fertility. You may want another baby quickly, or you may want to run screaming away from your partner to avoid it. Either way, you need to know how breastfeeding affects your cervical mucus, or if it’s just the postpartum hormones changing everything down there.

When I was trying to conceive, I know that I became the Agent Jethro Gibbs of my cervical mucus. No stone went unturned, no slippery cervix unchecked. I could probably sketch you a chart from memory using nothing more than whatever crayons my children haven't broken and a scrap of paper. However, that was during my time trying to get pregnant. When I was breastfeeding? Yeah, nope. Didn't care. The only thing I cared about regarding my vagina was when she could get waxed and when she could see action again after giving birth. (Both of these turned out also to be of very little consequence when I stopped sleeping and started mom-ing around the clock.) But that doesn't mean it didn't change.

Jada Shapiro is the founder of boober, where parents find classes and care providers from pregnancy to postpartum, including lactation support. And Shapiro says breastfeeding does indeed affect a gal’s mucus: “Breastfeeding typically shifts the pattern of cervical mucus you might have been accustomed to before you got pregnant. Typically when you are in your fertile window your cervical mucus is similar to the consistency of egg whites: stretchy, thin, and elastic. During lactation, high levels of the hormone prolactin, which help make the milk, suppress ovulation hormones and thus many lactating parents who are nursing exclusively — meaning every single feed is from your body — will have dryer or less cervical mucus.”

This is backed up by the Journal of Human Lactation, which states that when a woman is breastfeeding, the lack of ovulation diminishes the amount and quality of cervical mucus until her cycle returns. The cycle typically returns after the baby begins feeding less frequently — between four and six months postpartum — and it may take a month or more beyond that for your fertility to return, and your cycle to steady and become more regular.

However! Take note — if you notice that you're having fertile-type mucus (again — think egg whites), but your cycle hasn't returned, you might be ovulating, and can therefore get pregnant, according to La Leche League International. Which is why it can be very good for new moms to keep track of their mucus, as delightful as that sounds. Andrea Tran is an IBLC and RN with Breastfeeding Confidential, and she says that while a woman who is exclusively breastfeeding has a low chance of getting pregnant, “it is not a zero chance. Monitoring cervical mucus would help a mother know that she is fertile because of the changes that occur to the mucus itself.”

And of course, if you are noticing a real change in your discharge outside of what is normal for you pre-children or postpartum, call your OB-GYN to eliminate the possibility of infection or some other cause. Otherwise, it should go back to normal in time.

More Like This
Can You Burp A Baby Too Hard? A Pediatrician Shares Tips For Gassy Tummies
An Honest Review Of The Nixit Menstrual Disc
What To Know About Your C-Section Shelf
The “Tripledemic” Is Scary, But I Feel Less Helpless When I Wear A Mask

This article was originally published on Aug. 31, 2017