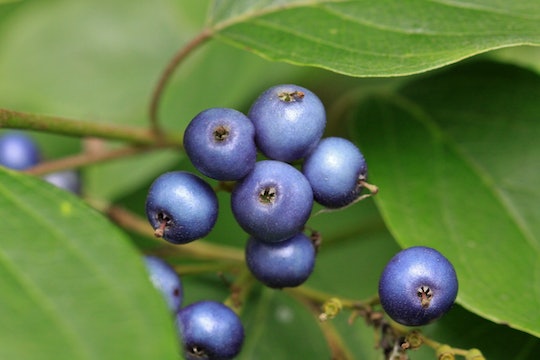 Can Elderberry Help Prevent Illness In Kids? Doctors Weigh In

It’s a popular supplement, but is it safe for little ones?

From October through the beginning of December, my family always seems to pass “the crud” around. Sore throats, coughs, runny noses, fevers, the works. For that reason, we’ve started taking elderberry. A lot of people suggest it and swear by its power to combat sickness, but does elderberry syrup work for sick kids, or is it just a placebo effect that the whole family started feeling better after taking it?

When we all got sick again for the fourth time in two months, I started giving my son half a teaspoon of the Zarbee’s Elderberry Syrup every night. My husband and I started taking Sambucol tablets and the elderberry gummies at night, too. Our sickness definitely became less severe, went away quickly, and we haven’t gotten sick again since we started taking these supplements (knock on wood). I mean, everybody knows there's something to "old" remedies, and this one has been popular for centuries in North America, Europe, Western Asia, and North Africa.

The thing is, although many people take it and give it to their kids, there are limits to what we (read: science) actually know about the effects of elderberry, as well as its safety — especially when it comes to children. Given that, here’s what the experts want you to know about elderberry for kids.

Is elderberry safe for kids?

Elderberry is typically considered safe for adults to consume, but given that the available research on the supplement (more on that later) has focused solely on adults, it’s difficult to say how it applies to children in terms of safety. Still, many deem it beneficial to give to kids. “I love elderberry syrup (specifically Sambucol) and take it myself and give it to my family,” Dr. Daniel Ganjian, a pediatrician at Providence Saint John’s Health Center in Santa Monica, California, tells Romper. “It has a bunch of antioxidants that help support the immune system.”

However, other experts are skeptical about the supplement, especially when dealing with young kids. “I have a few concerns about elderberry use in children,” Dr. Krupa Bhojani Playforth, a board-certified pediatrician, tells Romper. “First, supplements as a category are not well-regulated by the FDA, and you need to rely on the companies to ensure that what is inside the supplement matches what the label says. Some studies have found that this is not always the case. But even if it was possible to be assured of this, we don't have good safety data on elderberry in children, especially under age 5 — certainly not enough to recommend optimal dosing.” Given that lack of data, Playforth strongly recommends against elderberry use in that age group.

There are also some cases when you should definitely steer clear for the sake of safety. “Throughout the pandemic, there was some concern that elderberry's immunomodulating effects may overstimulate the immune system, and while this appears to be true, it is unclear whether that changes [the] outcome for those with COVID, so I would avoid it for those who are infected,” Playforth says. “For a similar reason, we recommend against giving it to children who are immune-suppressed, have chronic illnesses, or are taking other medications.”

In addition to the elderberry supplements you can readily buy at the store, there’s also the actual berries to consider. “Elderberry products are commonly used for cooking in England, but they need to be prepared carefully,” Playforth says. “Elderberry roots, bark, and leaves in their natural form are actually toxic to humans — inadequately prepared, they can cause cyanide poisoning. This is why homemade elderberry products are not risk-free, either.”

Elderberry has long been associated with fighting and shortening sicknesses, and lots of people swear by taking it as a supplement. However, the research behind this is actually quite limited. “A small study showed that it had some benefit with fighting the flu (not colds),” Dr. Gina Posner, a board-certified pediatrician at MemorialCare Orange Coast Medical Center in Fountain Valley, California, tells Romper. “This was a small study and hasn’t been repeated, so take it with a grain of salt. In the study, it said that it kept the flu virus from replicating.”

In addition to the 2016 study Posner was referencing, an older study conducted in Israel about the safety in taking elderberry syrup found that "symptoms were relieved on average four days earlier, and use of rescue medication was significantly less in those receiving elderberry extract compared with placebo." To be fair, these are only two studies — and that’s not considered a lot in the realm of medicine — but they do hint that perhaps there is something behind this old-school super fruit remedy.

As far as which potency is better — tablets, syrup, or gummies — if you do decide to use elderberry supplements, Ganjian says, “the syrup is more potent than the tablets and gummies, but don't give up on the latter because sometimes kids will only eat the gummies.”

So, should people be taking elderberry year-round for its potentially immunity-boosting benefits? Ganjian says that while it’s not necessary to take all year long, “have it around and take it when you are not feeling well or when you are around sick people (to help boost your immune system and prevent yourself from getting sick).”

But even though it may support you during flu season, elderberry syrup should absolutely not replace getting the flu shot. The experts agree that you and your little ones should always get your flu shot and any other recommended vaccines. “The immune system is designed well,” Playforth says. “In the vast majority of cases, supplementation has not been shown to have an effect clinically — there really aren't great studies that show it is worth taking these [elderberry supplements]. However, we do have data that strongly supports other practices. These include hand washing, optimizing preventive health (vaccines), getting sufficient sleep, and more.”

It’s a personal choice whether or not you decide to take elderberry or give it to your kids — just understand that it isn’t a substitute for the well-documented sickness-preventing techniques doctors recommend. “If you want to supplement yourself or your kids in addition [to other practices], go ahead, but the most important prevention for the flu is the flu vaccine,” Posner says.

As far as elderberry being a miracle supplement, there have been some, but not many, studies about its benefits. However, just know that it (like most supplements) is not regulated by the FDA. To be sure about its safety for your child, clear it with your pediatrician first before giving it a try. It helped our family, but be sure to use it along with other germ-busting practices like a flu shot and good hand-washing.

Zakay-Rones Z, Thom E, Wollan T, Wadstein J. (2004). Randomized study of the efficacy and safety of oral elderberry extract in the treatment of influenza A and B virus infections. https://www.ncbi.nlm.nih.gov/pubmed/15080016

This article was originally published on Jan. 8, 2020