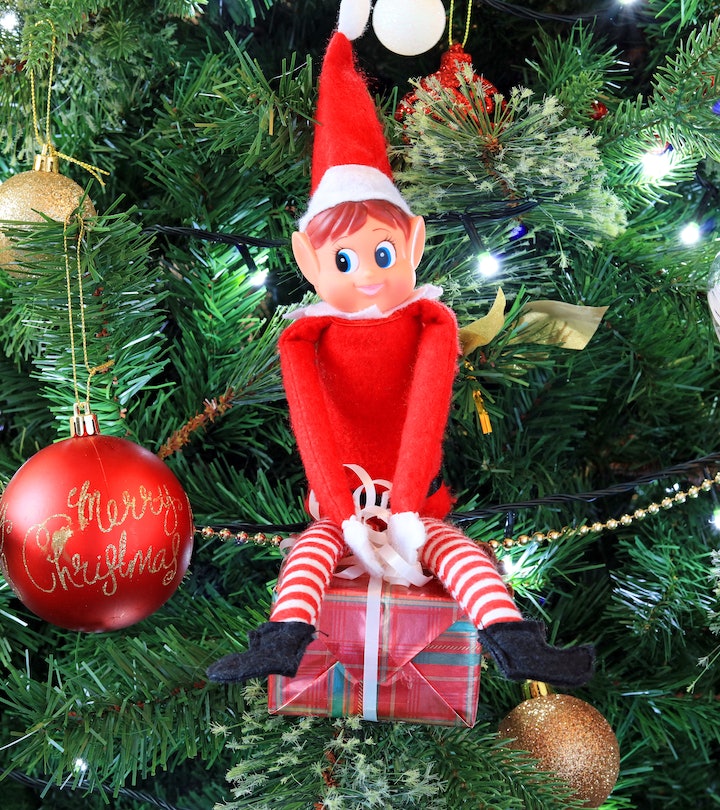 With Santa at their side, lawyers from the Cobb County Bar Association argued the Scout Elves who invade families’ homes as part of Elf on the Shelf are essential front-line workers who carry out jobs integral to children’s holiday happiness.

Children in Cobb County, Georgia, can breathe a sigh of relief now that a (mock) order banning Elf on the Shelf has been officially lifted. An unofficial ban on Elf on the Shelf (jokingly?) issued earlier this month by a Cobb County judge has been reversed just in time for Scout Elf Return week. According to local news outlets, Santa Claus joined the Cobb County Bar Association in convincing the judge who’d instituted the ban to reverse it effective immediately.

With Santa at their side, lawyers from the Cobb County Bar Association argued the Scout Elves who invade families’ homes as part of Elf on the Shelf are essential front-line workers who carry out jobs integral to children’s holiday happiness, Patch.com reported an order issued Tuesday to rescind the original mock ban noted. And it seemed the court couldn’t argue with Santa.

“The Court agrees it is in the best interest of the children of Cobb County to allow elves to continue their work,” the order read.

In his ban, Leonard characterized Elf on the Shelf as a “distraction” to students during school and a “risk” to children’s emotional health and well-being. “Inexplicably, Elves sometimes move and don’t move overnight,” Leonard wrote in his order. “When these Elves do not move, it leaves our children of tender years in states of extreme emotional distress.”

Leonard then recounted how an unmoved Elf on the Shelf had left his three children in tears one morning before school as one child was labeled an “Elf Murderer” and accused by the others of causing the elf to “lose” his magic. “The Court has no doubt that day of education was lost to everyone,” his order read. “Given the risks posed to our most vulnerable children outlined above, coupled with Covid and supply chain issues, the Court has no choice but to banish all Elves on Shelves from Cobb County.”

In case it’s not completely clear, Leonard’s order banishing Elf on the Shelf was meant as a holiday joke and had no official legal standing. “If you love your elf, keep your elf,” Leonard stressed when issuing his mock ban. “No contempts.”

To further stress his lack of authority over Elf on the Shelf hijinks, Leonard tweeted a joint statement from the North Pole and Lumistella, the company behind Elf on the Shelf, which noted Scout Elves would not be abiding by the ban. “On behalf of The Elf on the Shelf Scout Elves, Santa would like to assure the children and families of Cobb County that the honorable Judge Leonard has no jurisdiction over Christmas cheer,” the statement read. “The Scout Elves will be bringing their holiday magic and an extra measure of joy to all those celebrating this season.”

The reversal of Cobb County’s mock Elf on the Shelf ban comes just in time for Scout Elf Return week, which begins November 24 runs until December 1.