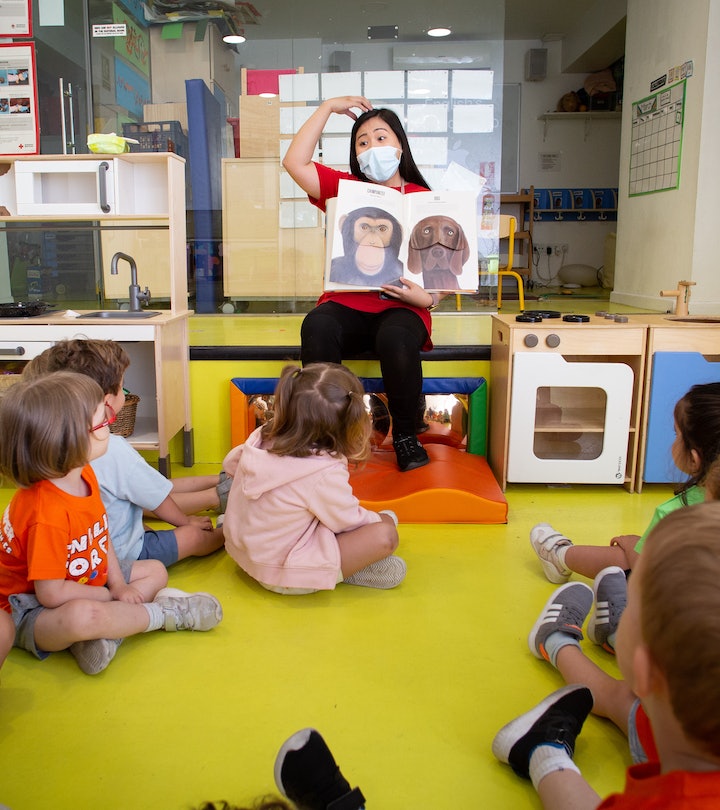 Children were able to correctly identify an adult’s emotion almost as often as they did when the adult was not wearing a mask.

Concerns that face masks will prevent young children from learning to detect and identify facial expressions and the emotions associated with them — a key social and communication skill — may be unfounded, according to new research. A recently published study suggests preschool-aged children are not significantly hindered from correctly identifying emotion on the faces of adults who are wearing face masks.

As Covid-19 cases began to surge in 2020, countries across the world enacted new health and safety protocols such as social distancing and the widespread use of face masks in an effort to limit the spread of the virus. But as time wore on and it became clear that Covid-19 wouldn’t be going away anytime soon, questions were raised about whether or not face masks could hinder younger children’s development. Specifically, some wondered if universal mask policies could hinder or delay children’s emotional development or communication skills.

Research recently published in JAMA Pediatrics, however, has suggested that face masks aren’t a significant hindrance to children recognizing emotions in others after all. For the study, researchers from The University Hospital Lausanne in Switzerland used 15 different adult actors to compile a set of 90 different pictures. Each actor was asked to use facial expressions to express joy, anger, and sadness. In one set of photos, the actors wore surgical face masks. In the other set, they did not.

“Overall, participants in this study, who had been exposed to face masks for nearly a year, recognized emotions on pictures better than has been reported in previous research, even with face masks,” the study noted. “There was no difference between boys and girls. The rate of correct responses increased with age.”

What did appear to trip some children up was confusion over anger and sadness. According to researchers, an analysis of the preschoolers' total incorrect answers regardless of masks found roughly 25% of them confused those two emotions while 21% answered joy for either anger or sadness, something researchers contributed to a positivity bias in children.

While this study isn’t perfect — other researchers have pointed out that in showing children static photographs depicting emotion they miss out on the additional visual or verbal context clues they would receive in real-world interactions — it does offer some reassurance, JAMA Pediatrics’ editor Dr. Dimitri Christakis pointed out in his Editor’s Note. “Given the small effect sizes (especially compared with the overall rate of correct responses), these results provide ample reassurance that masks are unlikely to inhibit children’s ability to understand emotions,” Christakis wrote.