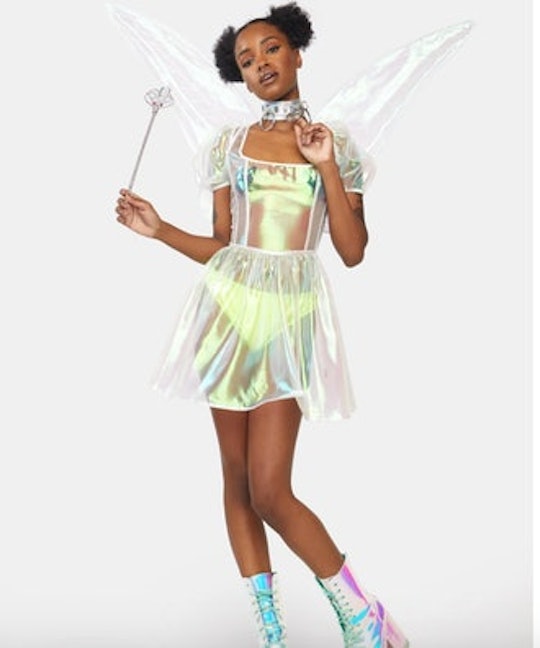 Have A Magical Halloween With These Fairy Costumes For Adults

If you’re looking for a reason to wear a sparkly dress on Halloween, dressing as a fairy is always a good idea. These fairy costumes for adults bring the drama thanks to plenty of glitz, whimsical details, and cascading silhouettes, but they’re also pretty comfortable (except for when there’s a corset involved). Whether you opt to emulate one of the more famous fairies (like Tinker Bell or the tooth fairy) or you’d rather be a nameless sprite, these gorgeous costume will make you feel like a real-life pixie (especially if you go hard on the iridescent fairy makeup).

Just note that you probably won’t be the only fairy at the costume party or out trick-or-treating with your kids. Etsy saw a 110% increase in searches for fairy wings in the last three months (compared to the same time the previous year,) and a 56% increase in searches for fairy costumes in that same time frame. It makes sense, as everyone needs a little bit of magic this year.