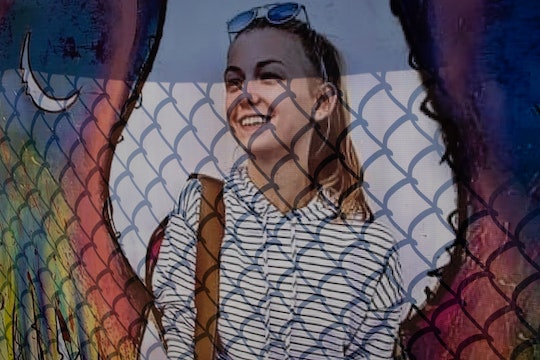 “No one should have to find their child on their own.”

Days after Gabby Petito’s family laid her to rest, they announced that they’ve started a foundation in her name. Her father, Joseph Petito announced the creation of The Gabby Petito Foundation to help other families find their missing relatives and provide resources to help bring “their children home.”

“No one should have to find their child on their own,” Gabby’s father tweeted. “We are creating this foundation to give resources and guidance on bringing their children home. We are looking to help people in similar situations as Gabby.” A website for the foundation is up, but not currently active. For now, donations are being accepted through the Johnny Mac Foundation.

At a press conference on Tuesday, Petito urged the public and the media to give other missing people the same attention they’ve given his daughter. “I want to ask everyone to help all the people that are missing and need help,” he said. “It’s on all of you, everyone that’s in this room to do that. And if you don’t do that for other people that are missing, that’s a shame, because it’s not just Gabby that deserves it.”

The 22-year-old “van life” blogger was reported missing by her family on Sept. 11 after she did not return from a cross-country road trip with her fiancé, Brian Laundrie. Laundrie returned to his home in Florida on Sept. 1 in Gabby’s van and his parents told police he’d gone missing later in the month. Gabby’s remains were found in a remote campground in Wyoming on Sept. 19 and her death was ruled a homicide. Laundrie has still not been found and the U.S. District Court of Wyoming has since issued a warrant for his arrest related to fraudulent credit card use in connection with the case.

Over 200,000 people under the age of 21 were reported missing, according to the website, Statista, and people of color account for a large amount of those cases. A 2020 report from the FBI’s National Crime Information Center shows Black people make up almost 40% of missing persons. Among those is the disappearance of Daniel Robinson, a 24-year-old Black man who has been missing since June in Arizona while on a work site.

His father, David Robinson, has been in Arizona ever since looking for his son with the help of an investigator. Robinson told CNN he sympathized with the Petito family, but he is hurt when her case was met with “more urgency and national attention” than his son. “You wish you lived in a world where everything was equal but it's really not equal,” he told CNN.

“As a culture, we are readily willing to accept stories about white folks as victims as something we should care about,” Robinson added. “When we see a white person who has gone missing, we say that could be my daughter, neighbor or cousin, or friend and they identify with that person and are more likely to read the story than we would if it were a person of color.”

In addition to The Gabby Petito Foundation, organizations such as the Black and Missing Foundation are already working tirelessly to help bring attention to missing Black and brown people.

“We need positive stuff to come from the tragedy that happened,” Joseph Petito said on Tuesday, referring to the foundation. “We can’t let her name be taken in vain.”