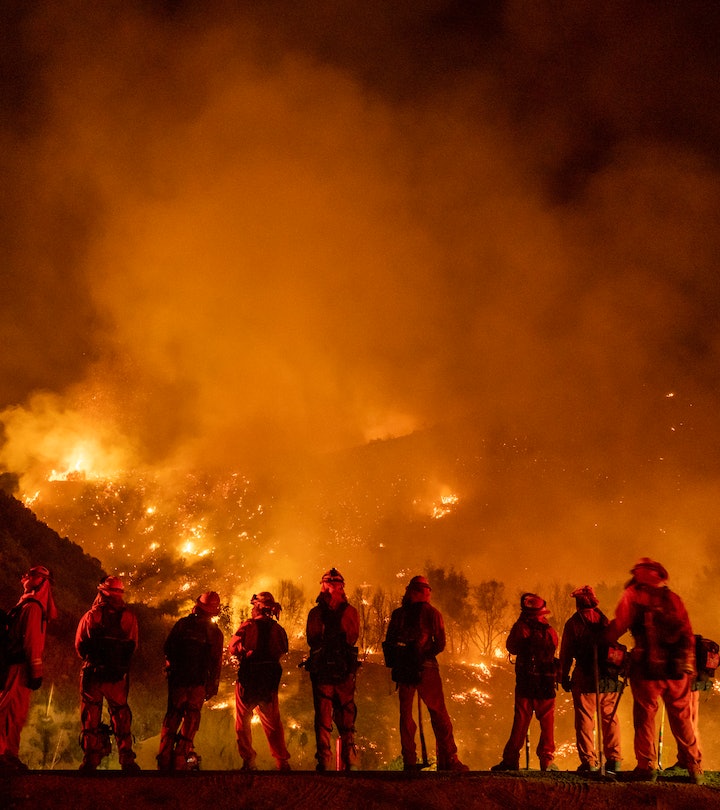 A couple whose gender reveal sparked a fatal 22,000-acre wildfire last year have been charged with multiple felonies, including involuntary manslaughter. Charges were filed Tuesday against Refugio Manuel Jimenez, Jr. and Angelina Renee Jimenez, a couple accused of setting off a smoke bomb near dry grass at the base of Southern California’s San Bernadino Mountains last year, effectively sparking the El Dorado Fire. Along with destroying nearby homes and forcing hundreds of residents to evacuate, flames from that fire killed an 18-year veteran firefighter and injured at least two other firefighters.

Authorities said the Jimenezes set off a smoke bomb at El Dorado Ranch Park in Yucaipa on Sept. 5 as a means of revealing the gender of their expected baby. That device, however, ignited dry grass nearby, which Cal Fire officials previously said the couple attempted to put out using water bottles before calling 911.

On Sept. 17, the U.S. Forest Service confirmed the death of 39-year-old Charles Morton, a squad boss on the Big Bear Interagency Hotshot Crew working to suppress the blaze along Highway 38 near Angelus Oaks in the San Bernadino Mountains.

The El Dorado Fire was not fully extinguished until Nov. 16. By that time, it had burned roughly 22,000-acres, injured 13 people (two of whom were firefighters), and damaged or destroyed six homes and 10 other structures, according to NBC News Los Angeles.

The El Dorado Fire also spurred Jenna Karvunidis, a blogger who claims to have started the gender reveal trend back in 2008, to urge parents and parents-to-be to stop attempting dangerous gender reveal tricks. “The fire that evacuated parts of California is from a GENDER REVEAL PARTY," Karvunidis wrote on Facebook a few days after the El Dorado Fire began. "Stop it. Stop having these stupid parties. For the love of God, stop burning things down to tell everyone about your kid's penis. No one cares but you."

According to the San Bernardino County District Attorney’s Office, the Jimenezes have entered pleas of not guilty and were released on their own recognizance despite prosecutors’ request bail be set at $50,000 each. The couple is expected to return to court in September.

If convicted on all charges, the couple could face prison sentences that range somewhere in “the upper teens to low twenties,” Anderson told reporters Tuesday.