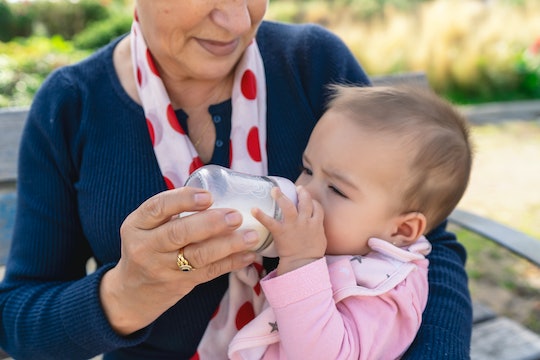 Her daughter, however, is less than thrilled.

A recent Reddit post from a grandmother who plans to “retire” from full-time care of her grandkids has the internet talking. It seems she has plans to move away from her daughter and grandchildren, and the family has some feelings on her departure.

In a recent post on the popular sub-Reddit “Am I The A**hole” forum, Reddit user u/EconomyCharge6507 explained that she had her own daughter and son when she was quite young, at 18 and 21 years old, respectively, and then her daughter gave birth to a son when she was just 16 years old.

“Even after she moved out and got married, my husband and I were heavily involved in caring for the child. At first because she was young and juggling school alongside being a single mom,” she wrote. “Then she finished college, got a great job and her husband has a high paying job as well. They both worked crazy hours and during the time my husband and I should’ve had ‘us time,’ we were basically raising a third child.”

Childcare remains a massive expense for most parents, and after a year of struggling to deal with lockdown and lack of accessibility to any sort of backup, it makes sense that some parents would be grateful to rely on grandparents for childcare.

But this grandson is now 18 years old. The busy grandma plans to move south with her husband now that he is retired, however her daughter had another child and is pregnant with a third. When she found out her mother was planning to move, she was less than impressed. “My daughter says we shouldn’t move because she may need our help,” she wrote on Reddit. “I said while her father is retiring from work, I’m retiring from childcare. I want to be the grandmother that sees her grandbabies and spoils them but is not basically raising them. She got offended and said that this is just ‘what grandmothers do’ and I said not all.”

A grandma is “retiring” from full-time child care.

Her daughter is upset, and the grandmother wants to know if she’s in the wrong. Naturally, Reddit users were happy to weigh in. Heavily on the side of the original poster. As Reddit user u/TX_Farmer noted, “The needs of a 16 year old mother and a mother in her 30's are two extremely different things. You went above and beyond for you grandson. You're at a different stage in life — and so is your daughter.”

Another user, u/000thr0w4w4y000 admitted they had been a teen parent themselves and could “see both sides” but still told the original poster not to “feel bad” that they were ready to enjoy their own life.

Reddit user u/Afraid_Salamander_14 agreed that the grandmother should be allowed to enjoy her own time now, “no grandparent owes ‘babysitting’ for their children/grandkids. It’s nice to have the help of family occasionally but kids are the responsibility of the parents who chose to have them. You’ve been a huge help already. Enjoy your retirement.”

While it’s always great to have helpful grandparents close by to help out with the kids, it’s not actually a requirement. And this grandmother sounds as though she has done more than her fair share. Time for a rest.