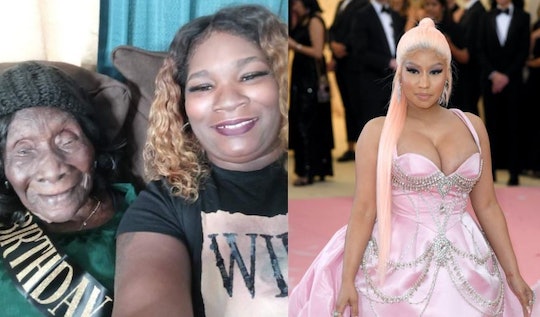 “I am so honored to share a birthday with the most beautiful, iconic Queen on the planet.”

Treasure the elders in your family while they’re still around. Their wisdom and insight are invaluable and tell the story of your history. In South Florida, a woman is doing just that with her 104-year-old grandmother, whose life and story have captured the eyes of millions on social media, including a celebrity admirer.

On Nov. 12, Shanika Bradshaw posted a TikTok video of her grandmother, Madie Scott, talking about her life, including growing up on a cotton field and picking cotton. “You get used to picking cotton, you pick it, you know how to pick it,” Scott told her granddaughter in the video that’s been viewed over 3.5 million times.

Scott, who was born in Vidalia, Georgia, went on to talk about her day-to-day routine. She and her mother would get picked up and go to the field at 3 a.m. every day and work until 5 p.m., with little to no pay. “I worked like a dog,” Scott reflected in the video. “I lay up here and think about what God brought me through.” She added, “All the work I done, you know Jesus has been good to me.”

Bradshaw tells Romper that her grandmother has always told her family stories about her experiences growing up during that time and she was inspired to share them on social media. “When I initially put my grandma on my TikTok, I was just sharing a video of her speaking of her experience as a sharecropper,” says Bradshaw. “I never had a clue that on the next day, it would have been viewed over 600,000 times.”

Not only did her video go incredibly viral, but it also caught the attention of hip-hop artist Nicki Minaj.

Turns out, the rapper and Scott share a birthday. “December 8th???? Only Queens born on dat day chile. What she want for her bday?” Minaj commented on a video of Bradshaw asking her grandmother about her birthday.

In honor of their shared birthday, Minaj sent Scott a string of pink balloons and two floral arrangements. Bradshaw later shared the gifts on her TikTok and thanked Minaj for her thoughtfulness. “The flowers were beautiful and my grandma loved them as well,” she tells Romper. “She was very grateful for what Nicki had done for her.”

The “Moment For Life” rapper posted her own homage to Ms. Madie on TikTok saying, “I am so honored to share a birthday with the most beautiful, iconic Queen on the planet. I hope you know how many lives you’ve touched. Thank you.”

Scott is full of grace and faith. When asked about her secret to a long, healthy life, she shared with Romper that she “started off early by going to bed early, don't drink, never smoke, walk daily and be kind to others.”

“She just thanks God for letting her see another day,” Bradshaw says. “That's all!”