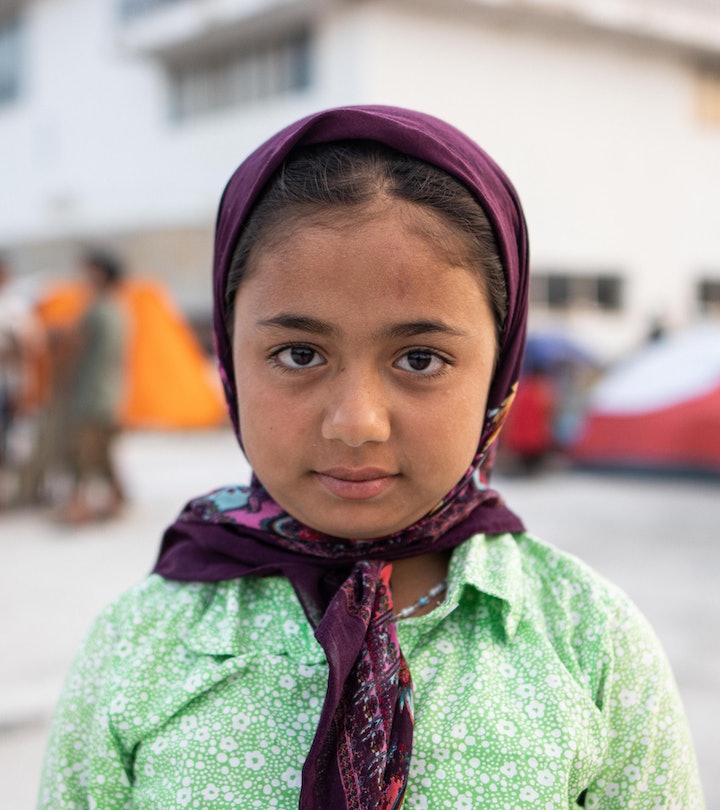 So You Want To Help The Women & Girls Of Afghanistan

There’s a uniquely American propensity to look for quick fixes when disaster strikes, but Afghanistan needs long-term solutions, not your hand-me-downs.

As the world watches with dismay at the stunningly speedy Taliban takeover of Afghanistan, politicians, media pundits, and the American public are suddenly concerned about the state of Afghan women’s safety and security. As an American doing solidarity work with Afghan women activists for two decades, I find myself once more on the receiving end of phone calls and emails inquiring about the adoption of Afghan orphans and the offers of used clothes — just as I was in the early years of the war when our papers were filled with headlines about Afghan women’s oppression.

There’s a uniquely American propensity to look for quick fixes when disaster strikes, but Afghanistan needs long-term solutions, not your hand-me-downs. The entire war has been a disaster, not just the withdrawal. Throughout, the United States has embraced mujahideen fundamentalist warlords and/or the misogynist Taliban, to the detriment of ordinary Afghans.

After the Sept. 11, 2001 attacks, President George W. Bush’s administration made the case that the American occupation of Afghanistan would not only remove a safe haven for terrorists, but also help bring freedom to oppressed Afghan women and girls. To the naïve backers of war, it sounded like a noble plan and helped assuage concerns about a protracted occupation.

When girls and women have ample access to education and opportunity for fair employment, it’s not only their health and safety that flourishes, but that of society as a whole. By such measures, there has been negligible progress in Afghanistan over nearly 20 years of war and occupation.

When the United States first invaded and occupied Afghanistan in 2001, the Taliban had been enforcing medieval-era edicts against women and girls, such as banning their education, employment, and right to assembly. Afghan women were suffering from some of the worst indicators of health and well-being globally. The maternal mortality and child mortality rates in Afghanistan were among the highest in the world. In 2002, UNICEF concluded, “Afghanistan may well be the worst place in the world for a woman to become pregnant.”

Modern-day institutions measure a society’s health by the well-being of its women. When girls and women have ample access to education and opportunity for fair employment, it’s not only their health and safety that flourishes, but that of society as a whole. By such measures, there has been negligible progress in Afghanistan over nearly 20 years of war and occupation. Take the issue of education, which was touted by the Bush administration as an area of focus. True, some schools were built, although attendance was always challenging. And most schools benefited those who were already privileged. Worse, many schools were simply attacked or burned down.

Eight years into the occupation, Human Rights Watch pointed out that “women have not been a central priority for the [U.S.-backed Afghan] government or for international donors.” Afghan girls faced constant obstacles to education. According to a 2009 Reuters report, acid attacks, murder, torching of schools, sexual assault, and violence against female students were all still keeping girls from their education. In 2018, The International Women’s Media Foundation published a lengthy report in Time headlined, “Why Afghanistan Is Still the Worst Place in the World to Be a Woman.” For years, organizations like the Revolutionary Association of the Women of Afghanistan (RAWA) had been warning the United States to stop embracing misogynists, but their pleas went unheard.

Afghan women were so desperately unhappy midway during the U.S. occupation that a new and terrifying trend emerged: self-immolation. Afghan hospitals opened special burn units to treat the victims who were setting themselves on fire to escape the hell that their society and country had become.

Since 2000, I have been working closely RAWA, the oldest feminist organization in the country which, for years, has been calling for an end to the U.S. occupation. In December 2001, months after the United States invaded, RAWA sent a statement to be read at a Congressional hearing calling for “multilateral disarmament and the establishment of a secular democratic government in which women may once again participate fully in public life.”

RAWA also warned against working with anti-Taliban fundamentalist groups, saying, “Many of those now involved in what has come to be called the Northern Alliance have the blood of our beloved people on their hands, as of course do the Taliban.”

The international community could have backed disarmament efforts. The United States could have focused most of its financial help into women’s rights initiatives rather than lining the pockets of warlords or bribing the Taliban. Leaders of the North Atlantic Treaty Organization (NATO) and in the United States could have followed the advice of the Afghanistan Independent Human Rights Commission (AIHRC) in demanding justice for war crimes at the International Criminal Court. None of these things were done.

While most Americans might have been caught off guard by the Taliban’s return, to those of us who were paying close attention, it is not only unsurprising but utterly predictable that the war would end with the Taliban back in charge.

Instead, every step of the way, successive U.S. presidents engaged in deal-making with misogynist fundamentalists, embracing violent warlords in the first half of the occupation and the Taliban in the second half. President Bush welcomed into the Afghan government anti-Taliban mujahadeen warlords who have a bloody record of mass violence. After President Barack Obama’s initial engagement with the Taliban, President Donald Trump continued talks with the same ostensible “enemy,” drawing up an agreement which President Joe Biden then took to the finish line earlier this year. Now, the Taliban has billions of dollars worth of military equipment and weapons at its disposal, bought and paid for by American taxpayers.

While most Americans might have been caught off guard by the Taliban’s return, to those of us who were paying close attention, it is not only unsurprising but utterly predictable that the war would end with the Taliban back in charge. RAWA’s view of the U.S. forces is that “their aim was never to make Afghanistan safer.” The group maintains: “In the past 20 years, one of our demands was an end to the US/NATO occupation and even better if they take their Islamic fundamentalists and technocrats with them and let our people decide their own fate.”

Today, RAWA is grateful for individual American donations to help support internally displaced refugees fleeing the Taliban. But that is a short-term goal. The much more complicated long-term goal of building secular democracy has no easy quick fix or bite-sized solution. It requires demanding Western governments to stop using violence as a tool and start supporting those internal forces non-violently fighting for freedom, democracy, safety, and security. That includes funding disarmament campaigns, backing international Afghan-led war crimes prosecutions, and prioritizing grassroots pro-democracy movements over armed fundamentalist militias. It also, most importantly, offers a lesson to Americans that women’s freedoms cannot be won through violence and war.

More Like This
I Had Bariatric Surgery & Can Say The New AAP Guidelines Will Harm Kids
Julia Fox's Apartment Tour Made My Nipple Hairs Stand On End
Why You Should Go Ahead And Have That Fourth Baby
Soul Ties: What Does It Mean & How To Know If You Have One
What Parents Are Talking About — Delivered Straight To Your Inbox