Sonali Kolhatkar is currently the racial justice editor at YES! Magazine and a writing fellow with Independent Media Institute. She was previously a weekly columnist for Truthdig.com. She is also the host and creator of Rising Up with Sonali (https://risingupwithsonali.com), a nationally syndicated television and radio program airing on Free Speech TV and dozens of independent and community radio stations. Sonali won First Place at the Los Angeles Press Club Annual Awards for Best Election Commentary in 2016. She also won numerous awards including Best TV Anchor from the LA Press Club and has also been nominated as Best Radio Anchor four years in a row. The author of 'Bleeding Afghanistan: Washington, Warlords, and the Propaganda of Silence,' Sonali is also the co-Director of the non-profit group, Afghan Women's Mission (http://www.afghanwomensmission.org). She has a Master's in Astronomy from the University of Hawaii, and two undergraduate degrees in Physics and Astronomy from The University of Texas at Austin. Watch her 2014 Tedx talk, "My journey from astrophysicist to radio host:" https://www.youtube.com/watch?v=Rqzi9hYCVTU. Sonali can be reached at www.sonalikolhatkar.com. 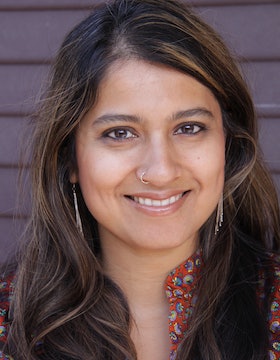 So You Want To Help The Women & Girls Of Afghanistan

There’s a uniquely American propensity to look for quick fixes when disaster strikes, but Afghanistan needs long-term solutions, not your hand-me-downs.