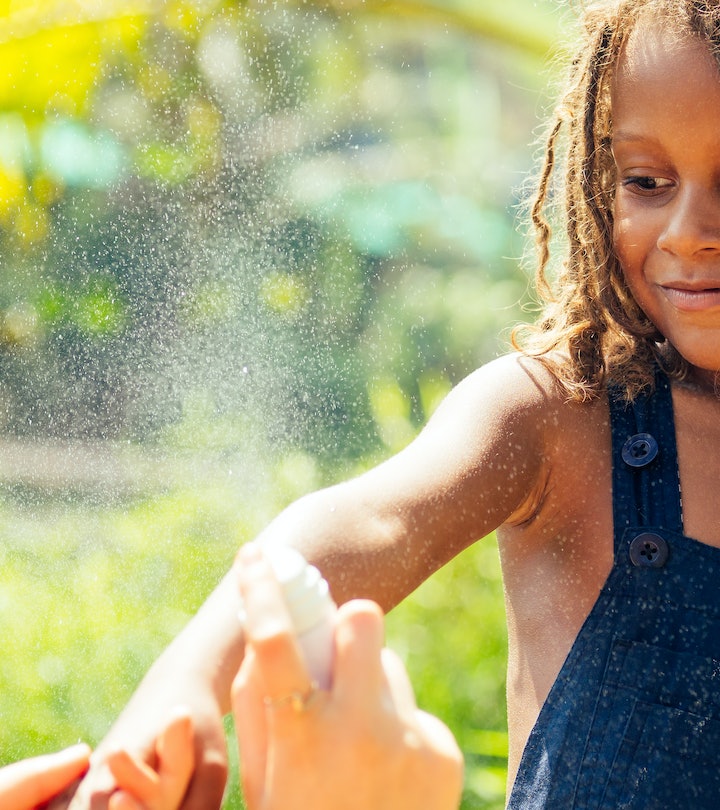 Everything To Know About Treating Mosquito Bites At Home

Or, better yet, avoid them entirely.

One of the best things about the nice weather is that you get to spend time outside. Taking care of your little ones all day just seems more appealing when you can feel a breeze on your skin. And — bonus — most little kids love being outdoors. But sitting in the backyard or at the lake all day has some drawbacks: Namely, dealing with mosquitos and the rest of the bugs that go hand-in-hand with spending time in nature. Figuring out how to treat mosquito bites effectively and quickly — whether they’re on you, your toddler, or your newborn — is an essential part of the enjoying the summer season.

For adults, mosquito bites can be annoyingly itchy, but ultimately not that big of a deal — we know they’ll eventually go away. For kids, especially really little ones, mosquito bites can be more of an issue. For babies with sensitive skin, tiny bites can quickly turn into obnoxious red welts, and for toddlers, the incessant itching can feel unfamiliar and very uncomfortable. Treating a mosquito bite the right way can get rid of that feeling sooner rather than later and can decrease the risk of any scarring. To find out exactly what to do, we spoke to doctors to get answers for you.

How to prevent mosquito bites

An ounce of prevention is worth a pound of cure, and that is particularly true with mosquito bites. While it might be unrealistic to avoid mosquito bites entirely, you can take steps to reduce your risk of being bitten. While bug sprays are a go-to for many, preventing mosquito bites is about more than just spraying some insect repellant on your skin before you head outside. There are multiple ways to keep the mosquito interaction to a minimum, according to infectious disease specialist Dr. Charles Kutler, M.D., who suggests that we all “employ multiple strategies to prevent mosquito bites.”

To protect yourself and your family from mosquito bites, Kutler recommends that you:

Signs and symptoms of mosquito bites

The way a mosquito bite looks and the symptoms it causes can vary from person to person. “When a mosquito bites a person, it pierces the skin using a mouthpart called the proboscis,” Kutler explains. “As the mosquito is feeding, it injects saliva into the skin and our body reacts mildly or strongly with swelling, soreness, and redness.” For some people, a mosquito bite will look like a puffy red bump that appears right after the bite happens. For others, it can look like a small blister or a hard bump, or even a bruise.

Symptoms of mosquito bites vary widely as well. “A person could develop fever, hives, and swollen lymph nodes,” Kutler says. “It can be difficult to differentiate between a mosquito bite and other bites initially and being seen by a clinician can be helpful.”

How long does it take for a mosquito bite to go away?

Mosquito bites typically have a peak response about 20 minutes after the bite, Childs notes, or a hard itchy papule that peaks on day two or three and resolves over the next few days. In fact, while it will be slightly different for each person in your household, you can tell the difference between a mosquito bite and other insect bites in how long it takes for a response to appear. If your bite site seems to be irritated for longer than three days, it might be time to check in with your health care provider.

How to treat mosquito bites on adults and kids

Treating a mosquito bite on a child or grown-up can usually be done without a trip to the doctor. There are plenty of over-the-counter creams you can get that can soothe the uncomfortable itch that goes along with a bite. “Topical creams, gels, and lotions, such as those containing calamine or pramoxine, can be helpful,” Childs says. He recommends avoiding regular use of topical anesthetics and antihistamine products, since they can sensitize the skin after sun exposure and induce allergic contact rashes.

You can also use an ice pack on the bite for a few minutes to reduce swelling, or mix one part baking soda to one part water to make a paste that soothes the itch. For really bad bites, Childs says, “Minimally sedating oral antihistamines (cetirizine or fexofenadine, once or twice daily) may be helpful for patients with troublesome itching.”

How to treat mosquito bites on babies

Treating a mosquito bite on a baby is a little more complicated, because there aren’t as many bite treatment options available. If your baby has a mosquito bit, Childs recommends that you avoid topical creams, lotions, gels, and antihistamines. Instead, apply a cool compress to the area around the bite to reduce swelling and relieve the itching. The baking soda paste is a safe and soothing alternative to medicated creams and is safe for use on even the littlest mosquito bite recipients. If your baby seems really uncomfortable, call your pediatrician to see if they recommend a safe calamine lotion or similarly mild ointment.

How to treat mosquito bites on toddlers

Treating a mosquito bite on a toddler is the same as treating a bite on an older kid or an adult, says Childs. It should be safe to use most lotions and gels on toddlers, but if you’re concerned, always contact their pediatrician for specific guidance.

Mosquito bites might be annoying to deal with, but for most of us, they’re just an unfortunate part of the summer. Have calamine and other soothing lotions on hand to treat them quickly whenever they pop up, and don’t forget to wear your bug spray.

More Like This
How Hot Is Too Hot For Babies? Experts Weigh In
Everything Parents Need To Know About Monkeypox
There's A Good Reason Why Your Baby Is So In Love With CoComelon
What Age Do Kids Start School? Here’s What You Need To Know