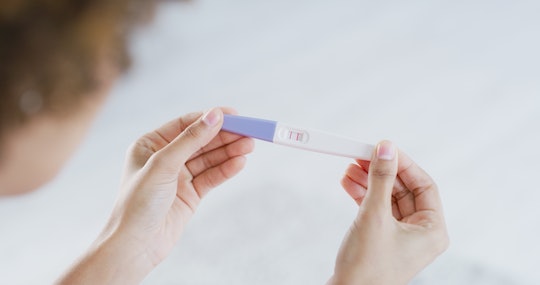 Under Proposed Illinois Bill, Women Could Sue Those Who Cause Unwanted Pregnancy

The legislation would also establish an abortion fund for those who travel to Illinois for the procedure from states that have restricted access.

Legislation recently proposed in Illinois seeks to directly challenge a 6-week abortion ban Texas instituted at the beginning of September. Under the proposed Illinois bill, any person bringing a lawsuit against a person who caused an unintended pregnancy would be awarded a minimum of $10,000. The bill would also allow for lawsuits to be brought against anyone who commits or enables an act of domestic violence or sexual assault and establish a newly-created abortion fund for people who travel to Illinois to obtain an abortion from states that have restricted access to the procedure.

“The reckless attacks on Roe v. Wade will continue and we must continue to push forward so that we do not fall back,” Illinois State Rep. Kelly Cassidy, the legislator who introduced the bill, wrote in a recent message to constituents. “This bill seeks to affirm the steps Illinois has taken to ensure that our state remains a place were the full range of reproductive health services are available and accessible to all people, including those forced to travel out of state from jurisdictions seeking to restrict access to abortion and other reproduction health care.”

Named The EXpanding Abortion Services Act, or TEXAS ACT, the bill would enable anyone not employed by the state or a local unit of government to bring a civil action against any person who committed domestic violence, sexual assault or who caused an unintended pregnancy, regardless of whether the sexual act was consensual or not. The law would also allow lawsuits to be brought against anyone who knowingly engaged or intended to engage in behavior that aided or abetted the above acts.

Under the law, plaintiffs whose lawsuits were successful would be awarded a minimum of $10,000, $5,000 of which would be placed in a fund known as the State Abortion Freedom Expansion Fund and used by Illinois’ Department of Healthcare and Family Services to cover the cost of abortions obtained by those traveling to the state for the procedure from states like Texas that have restricted access.

A six-week ban on abortion that rewards private citizens who sue anyone they believe to have performed an abortion or to have assisted someone in obtaining an abortion with $10,000 went into effect in Texas on Sept. 1. Planned Parenthood Illinois Action told WICS abortion providers in the state have already begun seeing pregnant people traveling in from Texas. “The Texas law went into effect on a Wednesday and just two days later, we have patients at multiple health centers here in Chicagoland,” Planned Parenthood Illinois Action President and CEO Jennifer Welch said.

Cassidy has said her bill is meant to be a direct response to Texas’ restrictive law. “The introduction of this bill is crucial to not only the Illinois legislature but surrounding states so that we can start to contemplate what a society looks like when these types of policies become the norm,” she recently told constituents. “We need to analyze and really understand what is at stake when what is playing out in Texas is left unchecked. At the same time, we must take every step possible to ensure that we are meeting the needs of patients who flee their home states to seek care here in Illinois.”

More Like This
How To Help Families Affected By The Devastating Earthquake In Turkey & Syria
Michigan Right-Wing Group Wants To Erase LGBTQ+ Sex Ed
Teacher Shot By 6-Year-Old Student Told School He Had A Gun, Was Told To "Wait"
Doctors Swallowed LEGOS To Prove Everything Is Awesome For Kids Who Do The Same
What Parents Are Talking About — Delivered Straight To Your Inbox