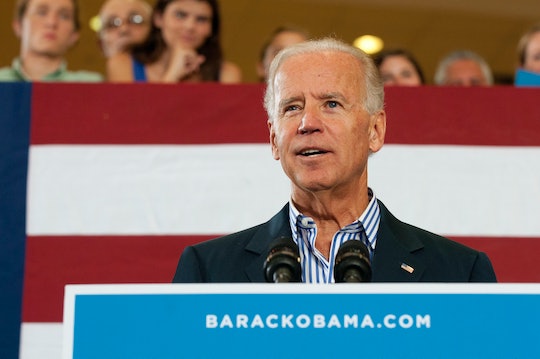 It’s nearly inauguration day (thank the founding fathers) and you know what that means? Joseph R. Biden is about to become the 46th President of the United States of America and it’s time to publicly post your political proclivities on the ‘gram. Or at the very least, acknowledge what we certainly hope will be a peaceful transition of power. If you want to add a little historical embellishment into your post or just cheer on the historic ticket, one of these 30 instagram captions will do the trick.

All the greats are here, from Benjamin Franklin to Millard Fillmore. (Okay, so maybe Fillmore doesn’t exactly qualify as great, but he had some smart things to say nonetheless.) And if those don’t float your boat, why not simply celebrate the fact that one Kamala Devi Harris is about to become the first female Veep ever. That alone should require all the party emojis available.

So go ahead and get all up in your patriotic feels. This special day comes but once every four years.

Instagram Captions about President Joe Biden and the New Administration

Feeling especially giddy about a new admin in the White House? Channel that excitement with one of these insta captions:

Something about seeing all the pomp and circumstance on January 20 might make you feel super patriotic. Embrace that feeling and let your love of country show with these great quotes.

We're about to see history in the making as Kamala Harris becomes the first Black, Indian, and female Vice President in US history. Imagine what the suffragettes would say if they could see her now? Harris represented something women and minorities have fought for for generations, and you can honor her with these Instagram captions.

Enough said. Now grab a flag and cheer on the brighter future that begins this week.