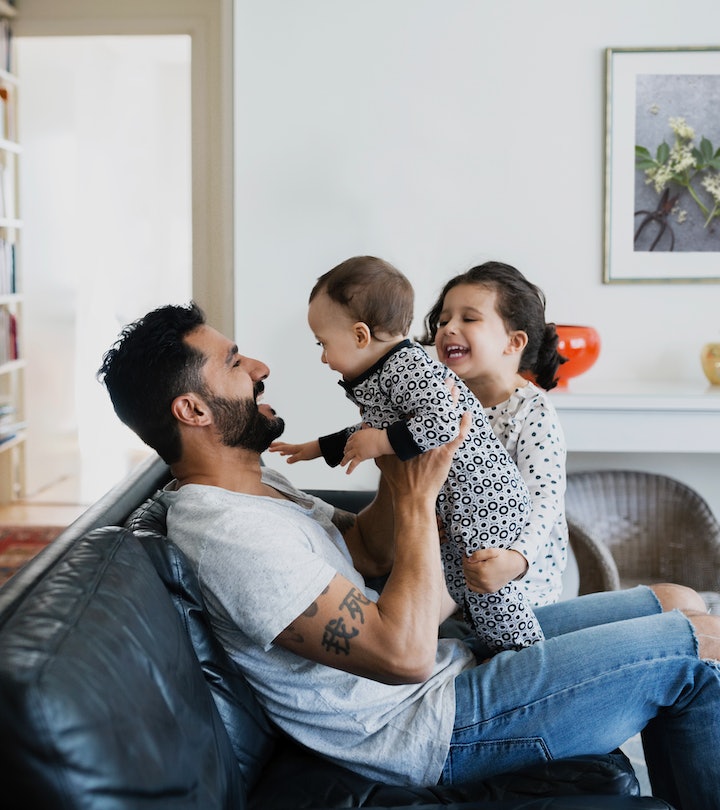 Everything Parents Need To Know About Letter 6419 From The IRS

And what to do if you threw it away, because it happens.

If you received Advance Child Tax Credit (ACTC) payments in July through Dec. of 2021 (the only six months they were sent out), then you probably received the Letter 6419 from the International Revenue Service (IRS) in the mail. Hopefully you didn’t mistake it for junk mail and throw it out, but if you (or your partner) is like me and you indiscriminately chuck things into the trash can, you may not be totally out of luck. Here we’ll break down what Letter 6419 is, why it’s important when filing your 2021 taxes, why the information could seem wrong, and of course, what to do if it’s in a landfill now instead of in your filing cabinet.

In its simplest form, Letter 6419 is a letter parents need to do their taxes. It contains information of how much you received in ACTC payments, plus the number of kids you received payments for. Generally, if you received all six months of payments it will total $3,600 for kids who were 5 and under at the end of 2021 and $3,000 for children ages 6 through 17. (There are no payments for children 18 and over.)

The reason it’s so important to save the letter is because you will need to report it on your 2021 tax return. The IRS will use this figure to help reconcile your ACTC payment; basically so that they can figure out how much they still owe you (or you owe them).

Because payments were only made for six months, parents can (and should) claim the other half on their 2021 tax return. So, for example, if you have one 4-year-old and you meet the eligibility requirements, you should receive an addition $3,600 in your tax return. Score.

One thing to remember if you’re filing jointly is that each spouse will receive a copy of IRS letter 6419, and you will both need to report the information on your letter in the return, even when filing jointly. Last year, there was a major uptick in the amount of “math errors notices” sent by the IRS, and this was largely because of mistakes made when reporting stimulus check gains — according to CNBC it’s expected that user errors are also likely to be made when reporting ACTC amounts to the IRS (which is understandable as it can be confusing). These errors will result in a slower processing and payments, so try your best to be accurate.

According to CNBC, some people are reporting that letter 6419 contains incorrect information (i.e. the amount they received in credits does not match the amount recorded in the letter). This is frustrating, but can happen for several reasons. The numbers in your Letter 6419 might be wrong if you had another child or gained another dependent since you last filed your taxes.

It may also contain incorrect information if you moved in 2021 or changed bank accounts (in both of these scenarios, the IRS would have either sent a check or deposited money which you did not actually receive, though they think you did).

If there is an unexplained discrepancy, you can log into the Child Tax Credit Portal and see if there is an updated figure. Things still look off? “If the details on your child tax credit letter aren't correct, wait for further instructions from the IRS. The agency said it is working to provide people with the updated information they need to file their taxes,” per CNET.

Do I have to repay my Advance Child Tax payments?

Your eligibility for ACTC payments was determined by your 2020 taxes. If your 2021 income rose over the threshold for child tax credit eligibility ($150,000 if married and filing a joint return or if filing as a qualifying widow or widower; $112,500 if filing as head of household; or $75,000 if you are a single filer or are married and filing a separate return, per the IRS) you will likely have to make repayments.

You may also have to make child tax credit repayments if your child turned 18 in 2021, or if you’re divorced and you claimed your child in 2020 but your child’s other parent will claim that as a dependent in 2021, per CNBC. If your main home was not in the United States for over half of 2021, you may also be required to pay back some of the money.

The IRS started mailing these letters in December and continued to do so through January 2022. If your Letter 6419 was mailed at the tail-end of January, it’s entirely possible that you have not yet received it, so keep an eye out in the first few weeks of February as it should be coming soon.

Okay so you (or someone in your family, not pointing any fingers here) threw away your Letter 6419. Not ideal, but it’s not the end of the world either. When you’re ready to file but the all-important letter is nowhere to be found, “you can use the IRS Child Tax Credit portal with an ID.me account to verify the details from the letter,” according to H&R Block. Here is a link to the IRS website to create the appropriate log-in.

Like so much to do with both parenting in 2021 and tax season in general, the IRS’s Letter 6419 feels confusing and complicated, but it’s actually not too bad one you know what it’s for. The hardest part may be not losing it in a sea of paperwork, and the good news is, you’ll likely be eligible for more money once you file.

More Like This
Can You Get The Covid Vaccine For Kids Under 5 At Target?
How To Properly Clean An Inflatable Pool
Tick's Head Gets Stuck Under Your Skin When You Were Pulling It Out?
Best U.S. Summer Travel Destinations For Families