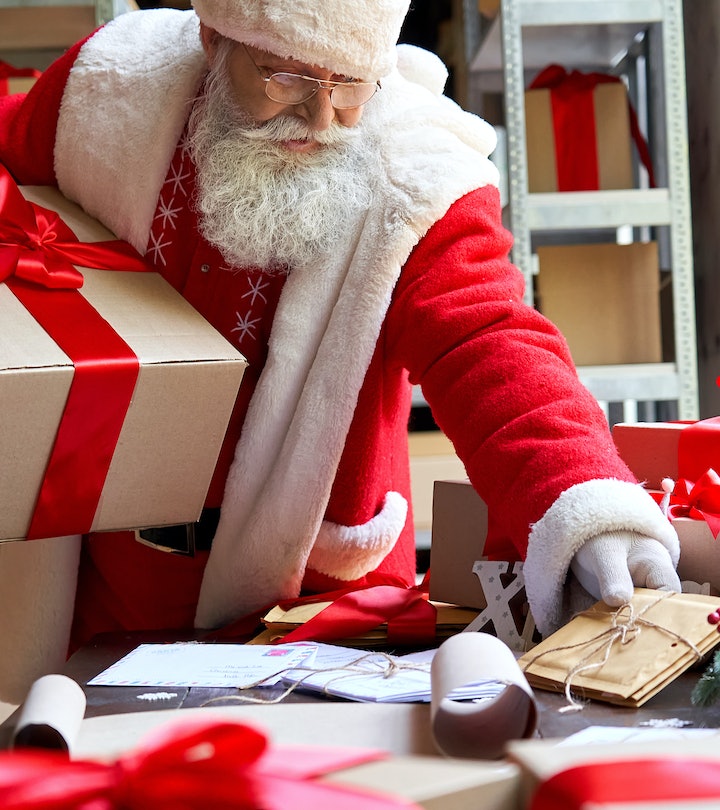 Turns out the chimney entrance is a dead giveaway.

There are so many books, songs, and movies about Santa Claus that you would think we have all the answers about the festive fellow by now. But one question that still pops up again and again is, is Santa an elf? And it makes sense why he might be — why would Santa and Mrs. Claus be the only two humans in the North Pole?

Santa Claus is best described in the famous poem “A Visit from St. Nicholas,” better known as “The Night Before Christmas” by Clement Clarke Moore. This poem is how we know jolly old St. Nick has a beard, a big belly, warm, fuzzy clothes, and how we know the names of his eight reindeer.

But there’s an interesting detail in the poem:

He had a broad face and a little round belly / That shook when he laughed, like a bowl full of jelly. / He was chubby and plump, a right jolly old elf, / And I laughed when I saw him, in spite of myself;

A right jolly old elf?! That’s right: in this poem, the one where we learned everything we know about Santa’s appearance, he’s described as being an elf instead of a human. Some of the poem’s details make it more obvious he’s more elf than human, like the “miniature sleigh” he rides in, and the “eight tiny reindeer” who pull it. And in other cultures, Santa is also considered an elf, like in Scandinavia, according to The History Channel.

For centuries, legends have said that chimneys are how all kinds of magical beings enter a home, including fairies, witches, and elves. So the fact that Santa lets himself in the same way? Very elf-like indeed.

Of course, all of the Christmas books and movies we know and love depict Santa Claus as a full-size person, but these little hints he may be a member of elf-kind are pretty convincing. Unfortunately St. Nicholas himself has never commented one way or another about whether he’s human or elf, so it’s hard to say for certain. In any case, all we can do is keep leaving out the cookies and trying to catch a glimpse of him as he shimmies back up the chimney on Christmas Eve.

More Like This
Snap A Pic Of Santa In Your Living Room With These Free Apps
30 Instagram Captions For Baby’s First Picture With Santa
How To Make Santa Footprints
How Many Elves Does Santa Have?