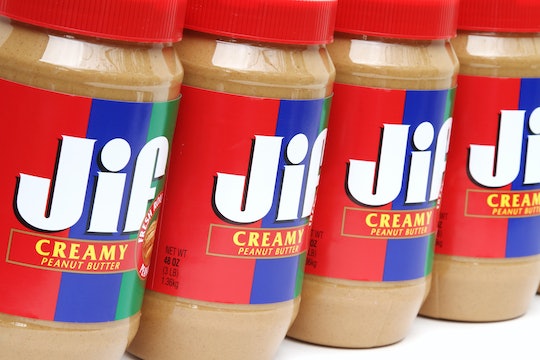 A voluntary recall of several Jif products was issued on Friday by parent company J.M. Smuckers Co., and now the Food and Drug Administration (FDA) and the Centers for Disease Control and Prevention (CDC) is investigating an outbreak of salmonella. The outbreak has been identified in 12 states thus far, and 14 illnesses have been reported in relation to the Jif peanut butter recall.

The FDA is asking consumers to check their cupboards for Jif peanut butter produces with a product lot code ranging from 1274425 – 2140425, which can be found under the Best If Used By date on the back of the packaging. If the first four numbers of the lot code are either 1274 or 2140 and the last three are 425, discontinue use immediately.

Consumers can fill out a recall contact form on the Jif website for a refund. The company released a statement regarding the recall on its social media channels on Friday, writing on Twitter, “In cooperation with the FDA, we’ve issued a voluntary recall of select Jif products due to potential salmonella contamination. We take seriously the role Jif plays for your family and are committed to reimbursing affected consumers.”

People who have been exposed to the salmonella bacteria will usually feel symptoms within six to 36 hours after being infected and will experience diarrhea, fever, and stomach cramps for four to seven days, according to the CDC. While most people will recover without treatment, some may experience symptoms so strong they need to be hospitalized.

For more information on the Jif peanut butter recall, visit the company website.

More Like This
This Map Illustrates Just How Many States Would Ban Abortion If Roe V. Wade Is Overturned
The Covid Vaccine For Kids Under 5 Has Been Sent To The FDA For Review
Elmo Talks About Getting His Covid Vaccine In A Cute New Video
You Can Schedule Your Kid’s Covid Vaccine Appointment At Walmart