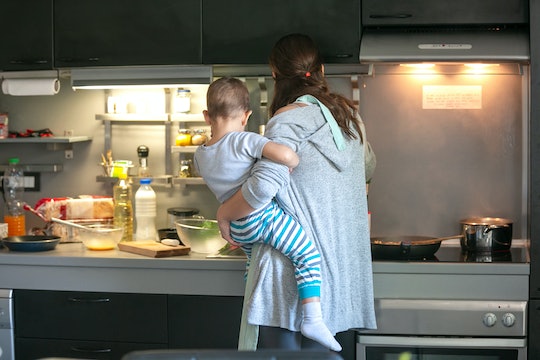 Interested applicants need to bring their snacks since their “cupboards will be locked.”

One of the most common, most emotional, and most difficult issues working parents face is trying to find child care. Leaving your kid with someone takes an enormous amount of trust and faith, and let’s face it, money. Unless, of course, you’re the person behind a job listing for a nanny that’s gone viral on Twitter. This person has comically unrealistic expectations for what they want in a nanny, and it’s a slap in the face not just to hardworking child care providers but also to parents who are trying to do the right thing in their own situations.

A screenshot of the anonymous post has been shared across Twitter, with one person calling the prospective employer a “lunatic” while another described the whole job listing as “unhinged.”

“School is starting again, and that means we once again need a nanny,” the job listing begins. The post, which was reportedly shared in a Facebook group, cautions potential employees to read ALL of the requirements and let me tell you, it’s a real laundry list of demands.

“You need to have a master’s degree or higher so that our 5-yo and 7-yo are intellectually challenged,” it reads, so don’t even come at this employer with your bachelor’s degree in English, they are not interested.

The post went on to note that applicants need to be between 24 to 28 years old to keep up with their kids, “and please plan to have your own housing, don’t assume you’ll be staying with us. Yes, we have extra room but the privilege is earned, not assumed.” The hours posted were for one hour in the morning and three and a half hours in the afternoon, which would make it impossible to have any other employment, which a person would need considering the pay is a whopping $18 per day. Oh, and don’t forget the nanny needs to bring snacks and food not just for themselves, but also for the kids “as our cabinets will be locked during the day while we work. You will also need to bring educational materials such as workbooks as we do not keep anything like this at home.”

This job posting, while obviously unrealistic in the extreme, is by no means uncommon. Another anonymous potential employer told applicants they would have to pay for some snacks (common thread), could not have tattoos and “ideally will be a Trump fan.” A Reddit user posted a listing for a nanny in Texas that offered to pay $400 per month to work Monday to Friday, 7:30 a.m. to 5:30 p.m. So paying around $2 per hour. Generous.

The median pay for child care employees in the United States is $13.22 per hour as of May 2021, per the U.S. Bureau of Labor Statistics. So I don’t think we can expect nannies to pay for snacks, bring educational materials, and be a Trump fan. Let’s get real.