'Tis the season... for tears 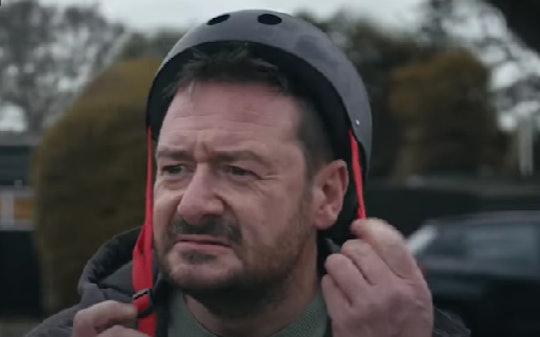 The annual John Lewis Christmas ad has arrived and it’s a tearjerker.

British retailer John Lewis debuted a new Christmas ad for the 2022 season, and it was a real departure from what some might have been expecting. It was a stripped down, simple, non-glitzy commercial that opened on a middle-aged man trying to learn how to skateboard. And it ended up being far more emotional than you might expect.

The annual John Lewis Christmas ad has kicked off the festive season in the United Kingdom for the past 10 years, according to The Guardian, but this time around the ad looks quite different from ones from the past. For instance, last year there was an alien-girl crash landing before the holidays in a big budget ad that looked like a short sci-fi film. This year, however, the retailer went for a more heartfelt message.

A man trying desperately to learn to skateboard in middle age as the holidays approach to an acoustic cover of Blink-182’s “All The Small Things.” He’s watching YouTube videos at work with a skateboard under his desk. He’s trying jump flips with his helmet on, visiting the skateboard park alone. At a Christmas party his friends are seen teasing him over his goofy attempts at mastering the art of skateboarding.

And then there is a knock at the door when he and his wife are alone in the house. And we realize why he was trying so hard all along. A young girl named Ellie is seen clutching a skateboard, looking nervous alongside her support worker. She sees the man’s injured wrist and the skateboard he has placed in the hallway for her benefit.

“Over 108,000 children in the UK are in the care system,” a message reads at the end of the ad. “We’re making a long term commitment to support the futures of young people from care.”

The new ad is being shared all over social media, and people are getting emotional about it. Especially people who have experience with children in care like one dad who wrote, “Me to son: Oh look, it’s the John Lewis Christmas ad. It’s about skateboarding! We watch the advert. He then tells me about skating… I rush off to loudly make coffee. Sobbing as I do. As the dad of an adopted son, this one got me. Awesome.”

This nurse also praised the ad on Twitter and had a suggestion for next year, “As a nurse for Children in Care, it’s great to see @JohnLewisRetail raise awareness in their Christmas advert. Next year they should raise awareness about young people leaving care.”

This ad was a powerful, thoughtful reminder of the lengths good people will go to in an effort to help children in care. And how much all the small things mean, in the end.