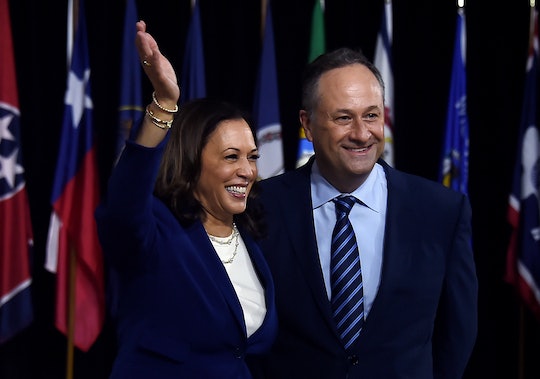 Boring gender stereotypes have no place in the new White House.

Come January 2021, the White House is going to look very different. For starters, there will be dogs living in the residence again and there will also be some light smashing of traditional gender stereotypes. And that includes Vice President-elect Kamala Harris' husband Doug Emhoff, whose White House role will be a true first. Especially since the father of two is planning to leave his job as an entertainment lawyer to fully support his wife in her own historic role as the first female Vice President.

Emhoff shared the news via a spokesperson on Tuesday that he planned to step away from his job at DLA Piper, his private law practice, once he and Harris enter the White House in January, according to the Associated Press. He has been on official leave of absence since the summer, when Harris joined Biden's campaign, to work with his wife on the election trail. Emhoff explained to Marie Claire in an October interview that he's not "overly political," but that he is taking his new role in the White House seriously because "I'm overly her husband."

So far, Emhoff does not have a specific title. Former spouses of vice presidents have informally been referred to as "Second Lady" in the past, and the clear frontrunner for Emhoff's title came from Biden himself when he called him "Second Gentleman," according to the Associated Press.

While Emhoff might not have been politically-minded before, he now has something of an agenda moving forward, as he told NowThisNews, "I want more women in office, and I want more partners, whoever their partner is, to support them and to provide an opportunity and an environment for success."

As Emhoff prepares to leave his practice to devote himself to his wife's success, Dr. Jill Biden is also breaking down gender stereotypes. In an August interview with CBS News, she shared her plans to continue working as a teacher at a community college. Biden told the news outlet when asked if she would continue teaching, "I hope so. I would love to. If we get to the White House, I’m gonna continue to teach. It’s important, and I want people to value teachers and know their contributions, and lift up the profession.”

This would be the first time a First Lady kept her own career during her husband's time in the White House. And let's not forget she taught throughout her time as Second Lady during the eight years her husband was Vice President.

Emhoff's active decision to enthusiastically support his wife's career is an important one. Important for young boys to see this example of a man standing behind his partner and proud to do it. This White House is going to look different, and it's about time.