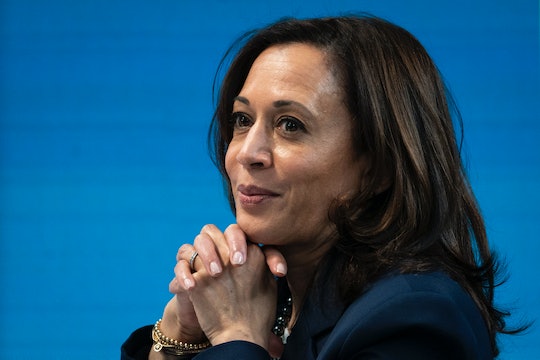 “Every woman has the right to ask questions of their healthcare provider through every step of a pregnancy.”

Vice President Kamala Harris is helping raise awareness about the health disparities that are against Black women, specifically when it comes to childbirth. In an exclusive essay for Blavity titled “Dear Black Women,” Harris talked about the maternal mortality crisis facing Black mothers and how she and President Joe Biden intend to address it. And the primary cause of this crisis, as Harris wrote, is “systemic racial inequities and implicit bias.”

“We have to change that,” Harris wrote for Blavity, and she’s correct. Black women are three to four times more likely to die from pregnancy-related issues than any other racial or ethnic group, according to an October 2020 report published in the Journal of Law, Medicine & Ethics. And, according the U.S. Centers for Disease Control and Prevention, most of these deaths are preventable.

Structural racism, according to the journal’s research, dates back to using enslaved Black women’s bodies for studying obstetrics and gynecology as well as “forced sterilization and promotion of birth control among low-income Black women as a condition of social welfare programs,” and “ignoring Black women’s pain.”

Women such as Donna Trim-Stewart, whose daughter Arika Trim, died a week after giving birth and was sent home two days after an emergency C-section, as Harris highlighted in her essay. The disparity also leaves behind single fathers such as Charles Johnson, whose wife, Kira, died during childbirth in February 2020. Johnson told CNN hospital staff told him Kira was “not a priority” when he raised concerns about blood in his wife’s catheter.

Poor maternal health due to lack of healthcare, prenatal access, and societal barriers are also an underlying cause for Black maternal-related deaths, as the National Partnership for Women & Families explains. Understanding these factors and their historical origins, Harris is urging Black women to ask their doctors questions.

“You are allowed to ask questions. And you must... Every woman has the right to ask questions of their healthcare provider through every step of a pregnancy,” Harris wrote in her essay, encouraging families to ask questions as well. “Keep a notebook and a list of questions. Doctors are there to care for you. It is their job to answer your questions. If they are doing their job correctly, they will always take the time to carefully go through each question with you.”

The vice president recently announced she and President Biden are taking action by investing $200 million of funding in an effort to curb the Black maternal mortality rate. Part of that funding will go towards implementing implicit bias training for healthcare providers and bolstering Maternal Mortality Review Committees. “These committees would provide crucial data on the deaths of mothers who die within a year of pregnancy,” Harris wrote in Blavity.

In a recent interview with STAT News, Harris once again stressed the importance of Black women's voices being heard and promised that those voices will be heard in the White House. “Black women deserve to be heard — and treated with dignity and respect — throughout pregnancy, childbirth, and the postpartum period,” she said. “And when they aren’t, whether or not they’re a member of my family, it affects me... In this White House, I promise you that Black women will always be heard.”