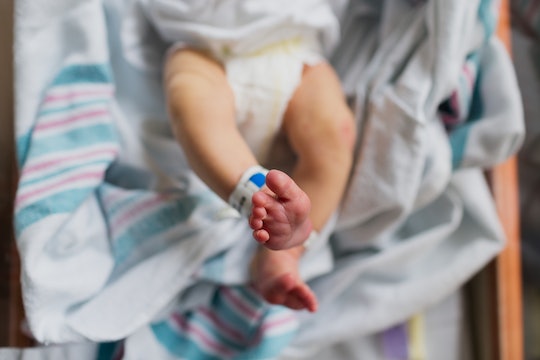 Nobody Wants To Raise A “Karen” — Literally

Fewer and fewer parents named their babies “Karen” this past year.

It seems the days when Karen ranked among the 10 most popular names for females are over. Parents in the United States continued to shun the moniker in 2020, according to data from the Social Security Administration. The name, which has become something of a derogatory term for women who exemplify problematic or otherwise entitled and demanding behavior in public, fell nearly 200 places on the Social Security Administration’s baby name rankings to hit its lowest rank in decades.

The name Karen fell 171 spots in 2020 to hit number 831 on the Social Security Administration’s list of the year’s top 1,000 names. While Karen didn’t see the largest drop in popularity — that honor went to the name Yaritza, which fell 387 spots — it’s been on something of a downward spiral in recent years, having fallen 23 places from 2018 to 2019.

The name Karen peaked in popularity in 1965, according to HuffPost. That was the year the name ranked as the third most-popular name for female babies. By the 1970s, however, the name had fallen well out of the top 10 to become the 25th-most popular name for baby girls. In the 1980s, Karen fell even more, hitting number 84 on the Social Security Administration’s name rankings. The name continued to fall throughout the 1990s until it hit number 170 in the 2000s.

While the Social Security Administration has long tracked which names are most popular, the agency doesn’t seek to understand what moves a name up or down the list. That being said, it’s not altogether surprising that Karen’s decrease in popularity as a baby name coincides with the name’s increasing use as a derogatory term for problematic white women.

Karen began to become synonymous with problematic women — like those who demand to “speak to the manager” — sometime around 2015, according to Know Your Meme. While the exact origin of the meme is unknown (some credit comedian Dane Cook while others credit comedian Jay Pharoah for kickstarting the trend), it’s picked up steam in recent years with a number of problematic white women being deemed Karens after being caught on camera exemplifying attitudes of entitlement and white privilege — often against people of color or low-wage workers.

Although few, if any, of these women are actually named Karen — Central Park Karen, for example was really an Amy — the pejorative moniker has stuck and, in turn, given real-life Karens a bad rap. In fact, it may not be long before Karen, a top name choice for babies born in the 1950s and 1960s, falls of the Social Security Administration’s list of top 1,000 names completely.