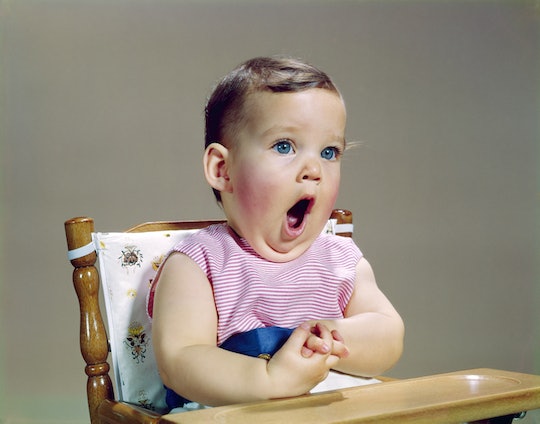 Parents Aren’t Naming Their Babies Karen Anymore & Can You Blame Them?

Baby name trends come and go, but one name seems like it could be gone for good. Apparently, in recent years, parents really haven't been naming their babies Karen, which could be attributed to a few different factors. It's sort of an old-fashioned name, of course, but also "Karen" has become the short form for a certain kind of entitled white woman who has a public meltdown if her privilege is put in jeopardy. It seems nobody looks at their baby girl and wants her to become a Karen who demands to speak to the manager.

Earlier this week, "honchos" at BabyNames.com told TMZ that the name Karen has been on a steady decline recently and that almost nobody appears to be saving the name on their favorites list, although loads of people have apparently been searching the meaning behind the name. According to BabyNames.com, the origin of the name Karen is of Scandinavian descent and means "pure." As for popularity, Karen currently ranks at #635 in U.S. births, according to the Social Security database. For comparison, in 1960 the name ranked as #4 and in 1965 it was #3.

While the name Karen hasn't been hugely popular since it's heyday in 1956, it has become significantly less so since becoming used as a descriptor for a spoiled white woman who throw public fits when they don't get what they want. Like the so-called "Central Park Karen," a woman who was recently caught on video calling the police to say she was being attacked by an "African American man" when he told her to put her dog on a leash, for instance. Her name is actually Amy Cooper, but her behavior was that of "a Karen."

There are plenty of nice Karens out there, of course, but I guess no one wants to be considered "a Karen."

Baby Names podcast host Jennifer Moss recently told She Knows that the name Karen has seen a real downturn in the past six months, essentially since it became a meme. "In the past six months, we’ve had zero people adding it to their favorite name list [on the site]," Moss told the site. "It goes to show that there’s definitely a stigma attached to the name. We had people adding it up until about I’d say six to seven months ago.”

While Karen might no longer be a popular option for baby names, one surprising choice has been added to the list of favorites in 2020; Corona. For the first time ever, The Bump listed the name Corona as being in the top 100 choices for babies. So I guess it's bye Karen, hello Corona in 2020.