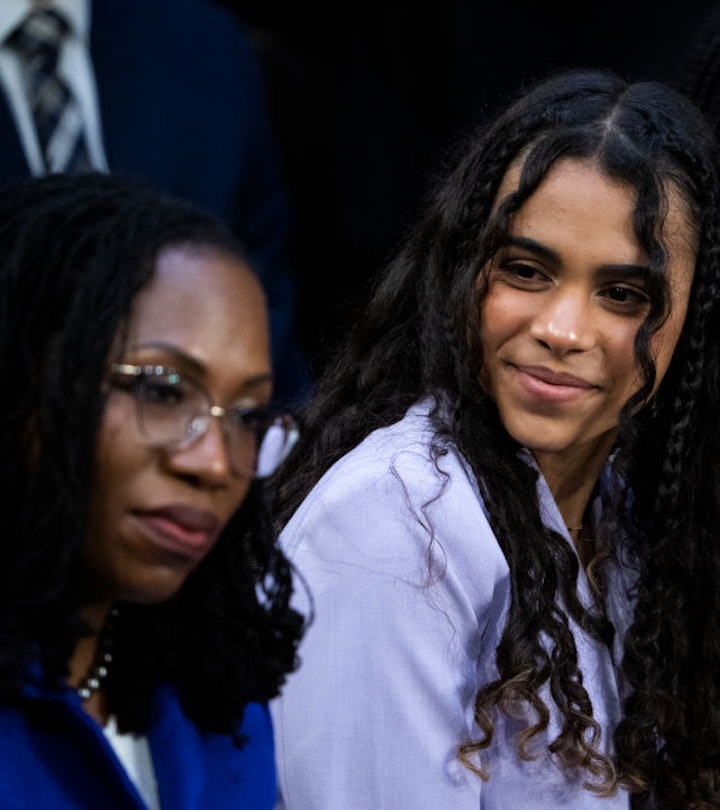 What the Supreme Court nominee means to working parents.

I watched my son Shaan take his first steps over WhatsApp.

It was 2016, the year my organization, Girls Who Code, went from scrappy start-up to a national movement, on its way to chapters in all 50 states. As part of that effort, I found myself on multiple flights a week — travels that had already prevented me from seeing Shaan’s first crawl, hearing his first words, and witnessing him pull up on the coffee table to a wobbly stand.

After each of those heartbreaking misses, I would look at myself in the mirror and say, “Reshma this is the price you and Shaan have to pay for building a movement, for changing the world.” But there was something about the image of Shaan — the baby I had longed for, ached for, fought for — walking for the first time into someone else’s arms that broke me. I remember holing myself in that tiny airplane bathroom, desperately trying to force down the feelings of guilt, and replace it with a kind of stoic acceptance.

I wore that acceptance for years. But it wasn’t until the pandemic hit that I realized just how much it was weighing on me — that I began to feel not just guilt, but real regret. Shaan, who by this point wasn’t just walking and talking, but running and shouting, was beginning to notice when I couldn’t devote my full attention to him. And my younger son, Sai, was coming up on those major milestones I missed the first time around.

I think that’s why I was so emotional when Judge Ketanji Brown Jackson addressed her daughters at her confirmation hearing for the Supreme Court of the United States. “Girls,” she said, her voice steady and clear. “I know it has not been easy as I have tried to navigate the challenges of juggling my career and motherhood. And I fully admit that I did not always get the balance right.”

For Jackson and for all of us, those sacrifices aren’t the mark of a personal failure. They’re a feature of a culture in which women are overburdened and under-supported, faced with impossible choices that no parent should have to make.

Here was a woman — a gifted, extraordinarily accomplished legal mind at the pinnacle of her career — using her platform to admit what millions of us moms lay awake at night thinking about: That maybe we made the wrong choice. That maybe the price of building a movement, of changing the world, was just too high.

Indeed, like me, my mother and so many other working moms, Ketanji Brown Jackson’s climb to the top of her field involved “a lot of early mornings and late nights.” She had “hearings during [her] daughters’ recitals,” “emergencies on birthdays [she’d] have to handle.”

Of course, for Jackson and for all of us, those sacrifices aren’t the mark of a personal failure. They’re a feature of a culture in which women — both at home and at work — are overburdened and under-supported, faced with impossible choices that no parent should have to make.

Even after years of advocating for working women, I still forget that all too often, blaming myself for deeply entrenched societal failures. Of course Jackson couldn’t get the balance right when less than half of big law firms offer robust paid leave to moms — and less than a quarter provide it to dads. It’s no wonder she put in early mornings and late nights, not only because it’s part of her job description, but also because mothers (and especially mothers of color) have to overcompensate for colleagues to consider them fully capable and committed. And while I can’t say that affordable, reliable childcare makes it any easier to miss a recital, I can confirm it gives moms peace of mind that their children are safe and loved while their parents earn the money for dance lessons.

Were I in a courtroom, my read of Jackson’s remarks might be considered speculation. But lucky for me, I’ve had the opportunity to discuss working motherhood with Jackson herself. We serve together on Harvard’s Board of Overseers, and during the pandemic, I had to log onto countless Sunday morning board meetings with a baby in my lap and a toddler at my heels. I was the only mom whose Zoom screen gave everyone a front row seat to the false promise of “work-life balance” — and rather than ignore the spectacle, Jackson engaged with it.

She’d privately ask me how I was doing, comment how cute the baby was, and acknowledge the not-so-small victory of appearing “professional” on a Sunday morning Zoom call with two young kids and no childcare. Even though she herself was undoubtedly trying to balance parenthood, a pandemic, and an increasingly public job herself, she always made time for our friendship, and for the movement I’m trying to build.

America should be so lucky as to have a justice whose brilliance is matched by her empathy.

Despite the weekend Zoom calls, I know she’d agree that, in the grand scheme of things, we’re the lucky ones. Whereas over 2 million moms have left the workforce since the pandemic began, we’ve been able to hold onto our professional lives. Unlike the majority of working women of color — unlike my mom — we have careers that offer us relatively predictable hours, a livable wage, and the ability to work from home. And both of us have beaten steep odds to establish careers in fields that are overwhelmingly white and overwhelmingly male.

America should be so lucky as to have a justice whose brilliance is only matched by her empathy — empathy rooted in experience shared by so many of us, yet unattainable for far too many more. But the moment at Jackson’s hearing that made me most hopeful for our country wasn’t anything she said, or any experience she’s lived. It was the way her daughters looked at her — with unequivocal love and pride and understanding. It was a glimpse into a world that Jackson’s daughters will help build — and hopefully, my sons will, too. A world where moms can’t always be there or get it all right… and their kids love them all the more for it. A world where, with ample resources and support, moms can do anything — even if we can’t do everything.

And a world where, to quote my friend — the next justice of the Supreme Court of the United States — “You don’t have to be perfect in your career trajectory . . . or be a perfect mom. But if you do your best and you love your children . . . things will turn out okay.”

More Like This
The Euphoric Terror Of Rollerskating Was Exactly What I Needed
How Title IX Changed The World For Girls
I Found Gender Euphoria In My Second Pregnancy
I'll Be First In Line To Vaccinate My Kids, But I'll Never Forget That We Were Last