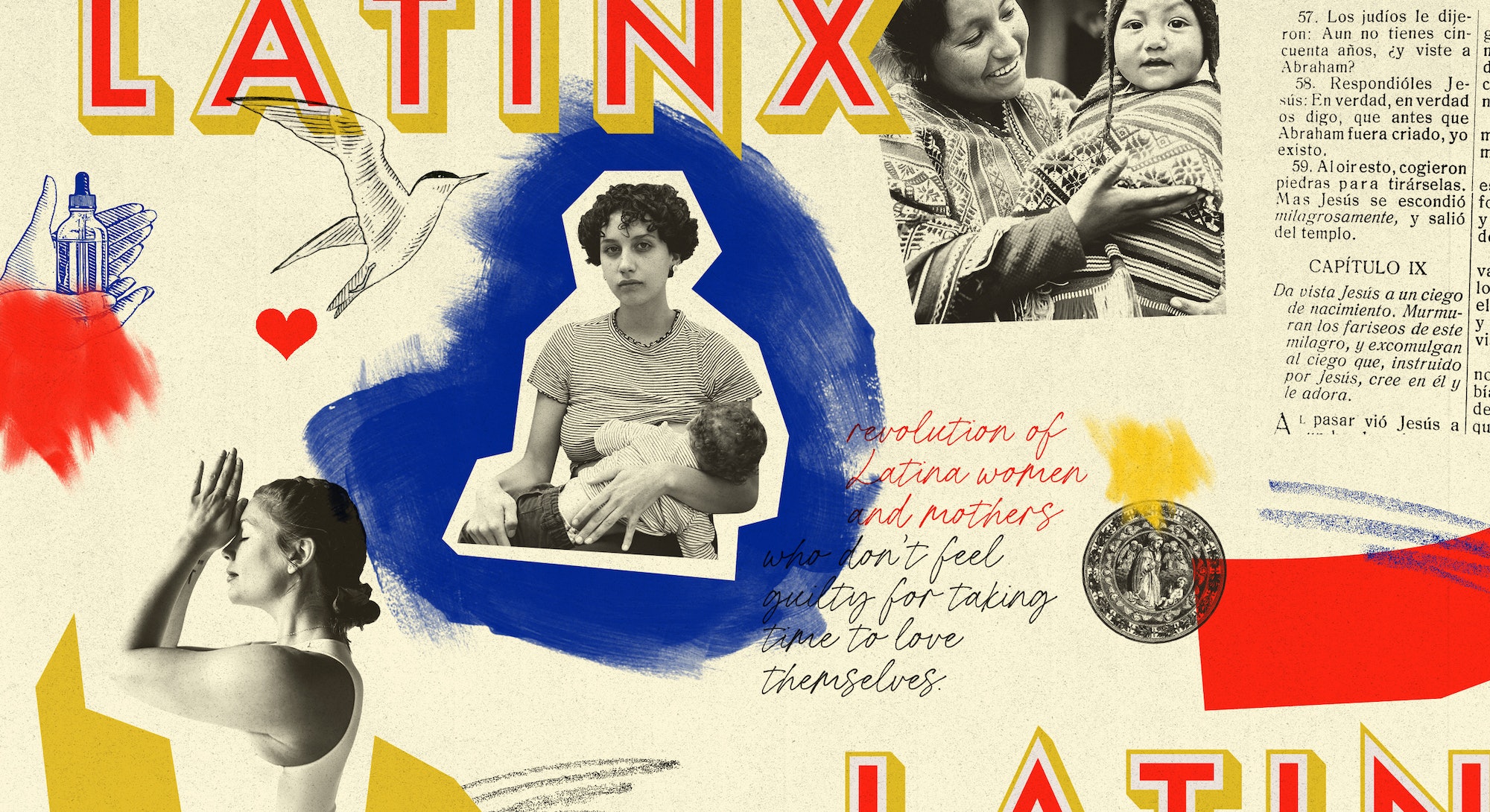 My Latinx Culture Taught Me To Sacrifice Everything For My Children. I Had To Learn Another Way.

“Let’s start a revolution of Latina women and mothers who don’t feel guilty for taking time to love themselves.”

I collapsed into the bath at the tail end of an exhausting day, allowing my head to rest against the cool of the ceramic tile. It was the “witching hour,” and I’d handed my 3-month-old to my husband because I couldn’t take the screams anymore. I cried into the soap suds, my body an alien to me, feeling inadequate, like I didn’t recognize myself. In my postpartum haze, I felt split in two because I could barely eat, sleep, think, pee — without caring for my son first.

My Puerto Rican mother taught me many things. She taught me the extremes of her love — how she would show up in the middle of the night when I needed her and even when I didn’t. She taught me hard work and sacrifice, how to change a diaper at the age of 8, and how to mop a floor on my knees, but she didn’t teach me to care for myself.

Living in my maternal homeland of Puerto Rico, I am proud every day of the culture that birthed me. There are so many beautiful aspects of Latinx motherhood heritage: the fierce, constant love we have for our children, our overprotective abuelas whispering “Cuidado” like a rosary prayer, laughter sprinkled in with cha-cha dancing in the kitchen, heartwarming pollo guisado simmering in sofrito for hours, telenovelas at lunchtime, the warmth of a tight-knit community to lean on.

Time and time again I have watched as mothers are absorbed, the needs of their children paramount.

It wasn’t until months into my postpartum journey with my son that I began to understand how the darker roots of my Latinx culture were deeply influencing my abdication of self. Time and time again I have watched as mothers are absorbed, the needs of their children paramount. Within my Hispanic culture, self-sacrifice for the family is praised over self-actualization, and martyrdom of the individual is accepted for the benefit of the whole. Daughters are pressured to get jobs early to help support the family or to care for elderly grandparents, often deprioritizing their own material needs and mental well-being.

I saw this in my own family and over and over again when I mentored teen moms from El Salvador who were working to contribute to their families with very little support. We are often shamed as mothers when we don’t match up to the perfectionist ideal.

Research bears out what I have witnessed: The emphasis on familism means families are often enmeshed and codependent, while talking about mental health is stigmatized. A recent survey of 2,500 women in California found that nearly 20% of Latinas reported they never had someone to turn to for emotional or practical support after giving birth, compared with approximately 5% of white women who felt the same.

My parents’ Catholic roots also played a part in me believing that being selfish was the worst thing a human could be, especially as a mother. But, I eventually realized: How could I care for my son if I couldn’t care for myself? My learned history was killing me; me burning out wasn’t benefiting my son when I was showing up half-present. I didn’t want to be a shell of the mother he deserved.

When my postpartum depression hit peak levels, I sought out therapy and realized the only way to stop the cycle was to rediscover my identity.

I pumped instead of constantly breastfeeding; I left the dishes in the sink so I could read a book.

We aren’t meant to forget we were women before we were mothers. We are human beings with needs — with the urge to eat something delicious, the desire for a hot shower or a massage for our broken body. Some of us need movement and dance and expression. Others of us have a need to create, to make the world a better place. We can only do these things when we’re pouring into ourselves first. I’ve personally been inspired by women like Jennifer Lopez and Jessica Alba who prioritize their own health while being fully engaged mothers.

After that night in the bath, I began pursuing my passions, like writing, again, and taking time for myself. I dropped my son at day care and went to the gym; I hung out with girlfriends and booked a long overdue hair appointment. I asked my husband to put the baby down while I practiced self-regulating techniques like breathing and self-compassion. I pumped instead of constantly breastfeeding; I left the dishes in the sink so I could read a book. I asked for the help I needed. It started small, but gradually I found that my self hadn’t disappeared — she was still in there and she was still strong. She just needed me to be her advocate, to fight for what she needed.

Let’s start a revolution of Latina women and mothers who don’t feel guilty for taking time to love themselves. Women who pick up their hobbies again. Women who dance salsa in the kitchen, laughing with their children because they feel free. Women who rise every day and think, What do I need? instead of just, What do they need? I am learning to take that heritage of devotion to our children and turn it inward to the child parts of me that, too, need tender care.