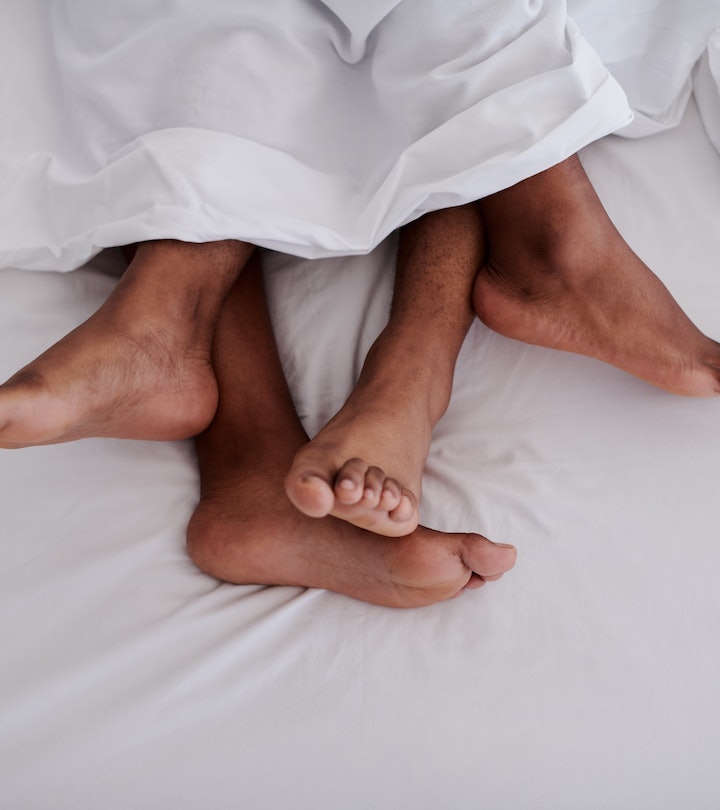 You can totally rekindle that flame, if you want to.

Whether you’re taking certain types of medication, have other health issues, or you have children and you’re completely exhausted, many couples struggle with sex drive and intimacy issues. When you and your partner are starting to feel more like roommates than lovers, you may be wondering if it’s normal to have no sex drive, and how to fix a lack of sex in a relationship.

It’s completely normal for a couple’s sex life to go on the back burner after having children, especially at the beginning. But, if you have no sex drive and your husband is mad, or if you’re feeling some anger or resentment issues yourself, it’s important to get to the bottom of things to save your relationship. If you feel like a low sex drive is causing relationship problems, consider what these experts have to say.

Why do people lose their sex drive?

Many factors may contribute to low sex drive or loss of libido. If you’re on birth control, antidepressants, or other types of medication, these medications could cause a low libido. Having anxiety or depression can be contributing factors as well. And if you’re parents and dealing with any of these health issues, sex definitely can go on the back burner.

It’s so challenging to find private time when you have kids, especially in the earlier years when everyone is exhausted and children require nighttime feedings and diaper changes, says Michele Waldron, psychologist and certified couples and sex therapist.

Lack of sleep is another cause of low sex drive, and a lack of sleep and having children go hand in hand. “All children are different and a lack of sleep can last for months or years. Some parents allow children to sleep in their bed or bedroom, because it means getting better sleep, but makes it difficult to engage in any sexual behavior,” says Waldron.

“Children take up time, energy, and attention from both parents,” Waldron says. “The birthing parent can have different recovery time frames and may see their body from a less sexual lens. Body image after birth can impact sex drive and feelings of desire. Some women report feeling unsexy with a ‘mom body.’”

She adds that if you and your partner were into breast play in the bedroom, this may become awkward or strange if you’re breastfeeding. “Breasts that were felt to be sexually stimulating might now be used to feed their child and cause the mom to struggle with reconciling their two concepts,” she says. “Further, for both partners, it may be challenging to switch to seeing a vagina that a baby came out of as now a place for sexual stimulation. It can take both partners some time to adjust as they settle into their new role as parents,” Waldron says.

How do you fix a lack of sex in a relationship?

One way to rekindle your sex life and fix a low libido is to schedule sex, according to Waldron. While some may find the idea of scheduling sex a little less exciting, some couples find it even better than spontaneity, especially if you can sext throughout the day leading up to the big event. As kids become more and more independent, there will be more opportunities for spontaneous sex, Waldron adds.

“But honestly, is sex really spontaneous? If you think back to earlier in your relationship, most people do things to ensure that they are showered, shaved, and have on the right underwear...just in case,” says Dr. Caleb Jacobson, clinical psychologist and sex therapist. “This isn't spontaneous. This is something that is premeditated and planned. So there is nothing wrong with scheduled sex.”

If you’re not talking about the lack of sex, or you’re not making an effort to schedule intimacy, emotions can run super high between both parties when children come into play. One partner can feel anger and resentment toward the other if they feel like they’re handling more of the mental load when it comes to parenting, especially at first.

Emotions in general can impact sex drive, Waldron says. “Sex is best when one can relax and focus on what is happening. This is difficult when you’re distracted by heightened emotion or if someone is harboring negative emotions toward a partner. If you or your partner are prickly due to anger and resentment, it is difficult to feel sexual.”

So, how do you fix a low sex drive that’s caused or at least exacerbated by emotional distance? Communication is key, Waldron says. “Communicating with your partner about what is bothering you and finding a compromise can help soothe anger and resentment. Open communication in all aspects of a relationship is important.”

Can a relationship survive without sex?

“Additionally, I want to make that point that ‘sex’ does not always equate to penetration. There are many ways that couples can be intimate and sexual together without penetration being involved,” he says.

So if penetrative sex isn’t working out for you at the moment, try starting with other intimate things you can do with your partner to rebuild the connection, especially if you feel as though anger is brewing from the lack of intimacy.

How do I get my sex drive back?

Exactly how you might approach fixing a low sex drive depends on the reason it changed in the first place, she adds. “Medications can decrease sex drive as well as heighten emotion. Some may have performance anxiety that cause sexual avoidance,” Waldron says.

Other ways to get back in touch with your sex drive might include looking at images that are arousing, or listening to or reading romance novels, Waldron suggests. If you’re with a partner, try planning a date night that includes things that bring about relaxation and pleasure. “Perhaps talk about times when you had really hot sex together,” she suggests.

Ways to fix a lack of sex in a relationship

“It is also important for a person to understand what they like sexually as this changes over the course of our life,” says Jacobson. “The same is true with our partners. So it takes communication and exploration, which is very good because then you never lose the excitement of discovery and experimentation with your partner.”

It’s normal for couples to have intimacy issues from time to time, but if having a low libido or sex drive is ruining your relationship, try scheduling some time to be sexual — whether that’s alone to reawaken your sexual desires, or with your partner. Sex drive and intimacy issues can be worked on, and feeling close and connected to your partner is an important part of being a united front, whether just as a couple, or as parents.

More Like This
Endometriosis & Your Sex Life
The Best Couch Sex Positions
6 Sex Positions To Reduce Leg Pain
Widows Are Expected To Mourn Forever — How Do I Date Again Without Shame?